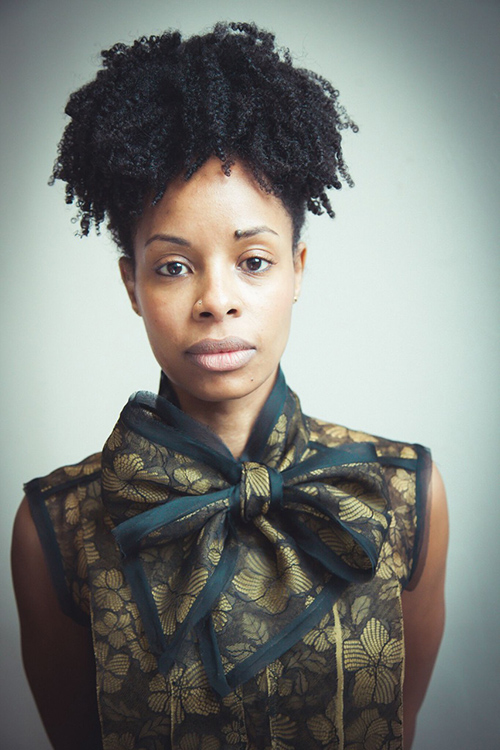 City College visiting poet Nicole Sealey has been awarded the Rome Prize for Literature by the American Academy in Rome, which seeks to support advanced independent work and research in the arts and humanities.

Sealey, the 2018-2019 Doris Lippman Visiting Poet at CCNY, will receive a stipend, workspace, and room and board for a period of five to eleven months at the Academy’s eleven-acre campus in Rome. The Rome Prizes were awarded to thirty American and six Italian artists and scholars on April 9 at Cooper Union in New York.

Sealey is the author of Ordinary Beast, finalist for the PEN Open Book and Hurston/Wright Legacy Awards, and The Animal After Whom Other Animals Are Named, winner of the Drinking Gourd Chapbook Poetry Prize. She is also the recipient of the Stanley Kunitz Memorial Prize from The American Poetry Review, the Poetry International Prize and a Daniel Varoujan Award, grants from the Elizabeth George and Jerome Foundations, as well as fellowships from the Bread Loaf Writers’ Conference, CantoMundo, Cave Canem, MacDowell Colony and the Poetry Project.

Recently named a 2019-2020 Hodder Fellow at Princeton University, she is also the executive director at Cave Canem Foundation, and a visiting professor at Boston University. The Doris Lippman Visiting Poet is a guest faculty position in the CCNY MFA program that is generously funded by the Lippman and Himmelfarb family.

Since 1847, The City College of New York has provided a high quality and affordable education to generations of New Yorkers in a wide variety of disciplines. CCNY embraces its role at the forefront of social change. It is ranked #1 by The Chronicle of Higher Education out of 369 selective public colleges in the United States on the overall mobility index. This measure reflects both access and outcomes, representing the likelihood that a student at CCNY can move up two or more income quintiles. In addition, the Center for world University Rankings places CCNY in the top 1.2% of universities worldwide in terms of academic excellence. More than 16,000 students pursue undergraduate and graduate degrees in eight professional schools and divisions, driven by significant funded research, creativity and scholarship. CCNY is as diverse, dynamic and visionary as New York City itself. View CCNY Media Kit.