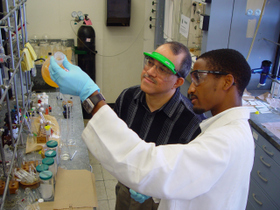 The City College of New York was ranked 43rd among the United States’ 684 master’s universities, according to the 2013 “Washington Monthly” College Rankings.

The magazine rates schools based on their contribution to the public good in three broad categories that receive equal weight:

Research opportunities give City College undergraduates a competitive advantage when they enter the workforce, apply to professional and graduate schools and compete for prestigious national scholarships and fellowships. For example, over the past three years 20 City College graduates were awarded National Science Foundation graduate research fellowships.