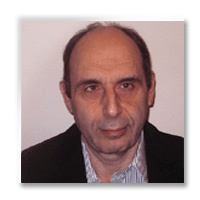 Prof. A. Gilerson received his PhD, Master and Bachelor degrees from the Technical University, Kazan, Russia. He started his work at the CCNY in 1997 at the Institute for Ultrafast Spectroscopy and Lasers (IUSL) with the focus on medical applications of optical coherence tomography. Since joining Optical Remote Sensing Laboratory of Electrical Engineering Department in 2003 he worked on multiple projects related to Remote Sensing of the coupled Ocean-Atmosphere environment, specifically on development of algorithms for the estimation of chlorophyll concentration and chlorophyll fluorescence, detection of algal blooms, validation of satellite sensors for ocean monitoring, development of instrumentation and systems for advanced characterization of the ocean waters and ocean surface.

He developed (together of Dr. S. Ahmed) the Long Island Sound Coastal Observatory (LISCO) for the validation of the Ocean Color satellite sensors which is a part of NASA AERONET and AERONET-Ocean Color Networks; developed integrated system for the study of underwater polarized light fields; developed a hyperspectral polarimetric imaging system for ocean studies; led CCNY group in multiple ocean field campaigns.

He is a member of the NOAA-NASA-Navy team for the calibration/validation of the Ocean Color satellites. His work has been supported by grants from NASA, NOAA and the Office of Naval Research.