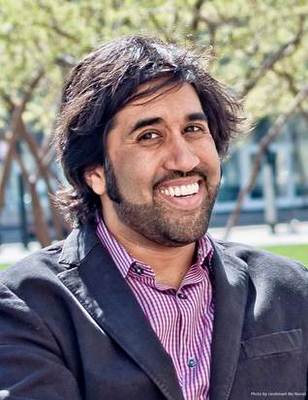 Vivek Tiwary is a New York Times best-selling author, a Tony Award-winning Broadway producer, and the founder of the multiplatform arts and entertainment company, Tiwary Entertainment Group. He is a graduate of both the Wharton School of Business and the University of Pennsylvania’s College of Arts and Sciences.

Mr. Tiwary’s graphic novel, The Fifth Beatle: The Brian Epstein Story, based on the untold life story of the Beatles’ manager, won a number of prestigious literary awards, including the Will Eisner Comic Industry Award for Best Reality-Based Work and a Harvey Awards for Best Original Graphic Novel. It is a Lambda Literary Finalist for Best LGBT Graphic Novel, and was added to the Rock and Roll Hall of Fame Library and Archives Permanent Collection. As executive producer, he will adapt The Fifth Beatle into a multi-part TV event series with unprecedented access to Beatles music.

Mr. Tiwary has acquired the TV and film rights to Astronaut Academy, the graphic novel series from bestselling author-illustrator Dave Roman, and plans to turn the books into a live-action TV series and film franchise. Asha Ascending, his first book since The Fifth Beatle, tells the story of a teenage programmer’s quest to unlock the code to immortality.

On Broadway, Vivek Tiwary’s productions have won a combined 25 Tony Awards and over 44 Tony nominations. They include Green Day’s American Idiot, A Raisin in the Sun, and Mel Brooks’ The Producers. He is currently working with Alanis Morissette and Pulitzer and Tony Award-winner Tom Kitt to adapt Morissette’s breakthrough album, Jagged Little Pill, for Broadway.