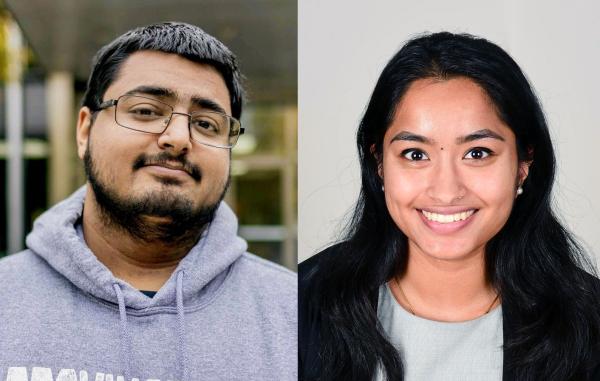 Shilpa Ann Shaju from the William E. Macaulay Honors College at CCNY, is the Salutatorian. A political science and international studies double major minoring in legal studies, she’s graduating with a BA degree.

Talking of overcoming his challenges, Romano said: “It was only recently that I built up the courage to start undoing the straps of the straitjacket that’s both cramped and cradled me for the first 22 years of my life. It’s easy to lose sight of who you are when society only tells you who you’re not.

“The Autism stigma, in no uncertain terms, dictated the spheres I could access and those I could only gawk at from a distance. For me, and many of my neurodivergent peers, our neurotypical counterparts always seemed a world’s away and higher education bore a “do-not-enter” sign that we dared not trespass.”

Inspired by CCNY’s 174-year mission to serve “the children of the whole people,” Romano, a member of the NYC Men Teach initiative, has been stellar in and out of the classroom.  “As a future educator and proud alumni, I wear this motto both on my sleeve and near my heart to remind me of my ambition and purpose in becoming a teacher: to break barriers, extend “access to excellence,” instill radical change, and broaden the scope of “the whole people,” remembering to leave a deep enough imprint for others to follow.”

Romano has been a student teacher since last fall at the Bronx High School of Science, one of the nine specialized high schools in the state. There he co-teaches ninth and 10th grade English classes designed for remote instruction. Working alongside Leslie Berger, Romano designs, plans, and teaches lessons to some of New York’s highest achieving students. Previously, Romano served as a teaching fellow in some of the highest-need schools across the Bronx. There, he developed his teaching philosophy centered around curriculum that is rigorous, culturally and socially relevant, and promotes risk-taking.

His numerous honors at CCNY include:

Romano’s other accomplishments include vice president of the Teachers of Tomorrow club and a CCNY Admissions Ambassador.

Salutatorian Shilpa Ann Shaju has been accepted to The University of California, Hastings College of the Law, in San Francisco, as a LEOP Fellow.

The daughter of Indian immigrants, Shaju said: “As a Skadden Arps. Legal Fellow at CCNY, I learned that most clients in the American legal system feel voiceless and trapped in an unfamiliar process. I would like to pursue a legal education so that I can be a guide for specifically immigrants who feel this way in the legal system, and an advocate for changing the immigration process.”

In addition to her studies in the Macaulay Honors College, Shaju has worked as a legal assistant in the Manhattan law firm of Moumita Rahman, PLLC.  Her responsibilities include immigration cases involving asylum, trafficking, hardship waiver and H1-B work visa applications.

“As a CCNY student, I understand how vibrant a space can become if we give others an opportunity.  This is what I want to do with my legal career,” said the New Hyde Park resident. “I want to open the door for others to have a chance to not only live in a safe country, but to be recognized in its law as well.”

Shaju’s other accomplishments include president of the Macaulay Pre-Law Club; secretary, the CCNY International Studies Club; and summer intern in the office of New York State Senator Kevin Thomas (July 2019 - Aug. 2019). Thomas is the first Indian-American to serve in the New York Senate.