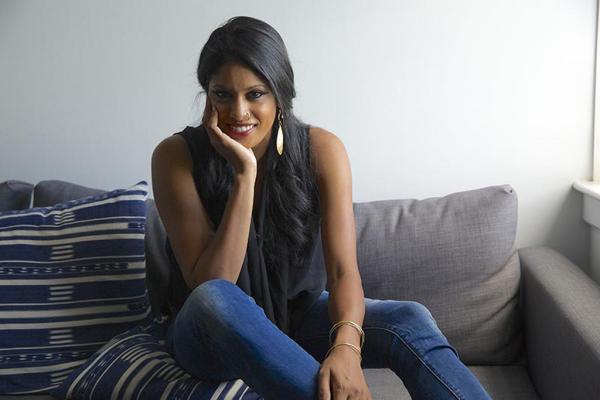 The Colin Powell School for Civic and Global Leadership at The City College of New York has a new gift of $1,291,000 from the NoVo Foundation, which works to transform global societies from cultures of domination to ones of equality and partnership. Visiting Professor Dr. Nimmi Gowrinathan, a leading analyst and commentator on gender and violence, will be the head researcher and administrator of the grant.

The Politics of Sexual Violence Initiative and the Colin Powell School, will collaborate on a new campus-wide initiative, Beyond Identity: A Gendered Platform for Scholar-Activists. The program will train young women of color from both immigrant and U.S.-based minority communities in identity-driven research, allowing them to draw on lived experiences of discrimination to inform unique research agendas.

Gowrinathan, together with CCNY’s director of Women’s Studies Dr. Asale Angel-Ajani, describe the program as “an intensive engagement in the critical work of developing political solidarities between young women* of color.”

The program combines elements of teaching (learning identity-driven research from activist-scholars studying immigration, social movements, protest, gender and violence); writing (nonfiction narrative writing and political writing from well-established writers from around the world); activism (movement-building workshops from community organizers); and public engagement through student-driven public events, the submission of student’s writing for publication, and the presentation of research findings to relevant policy audiences.

“With this program, there are unique opportunities for transformation and dynamic risk-taking,” said Angel-Ajani. “From an intersectional standpoint, immigrants, women of color, those impacted by economic determinants can share stories in a bigger way through narrative writing and activism.”

The goal of the cohesive, three-year program is to support a more thoughtful resistance to the challenges faced by young women of color, allowing them to develop a portfolio of work to establish their own, unique, political platforms.

“A central component of the program is the ability to articulate lived experiences, and disseminate findings and opinions,” said Gowrinathan. “Sustained, intensive writing courses will push each student to craft nonfiction narratives, as compelling forms of political communication. Without the personal in the political, the stories of these young women remain footnotes in the often exploitative narratives that capture their lives.”

City College provides an essential home for the initiative where educating activist-scholars is a part of the culture. “We are a campus of immigrants, a campus community that proclaims its diversity,” said CCNY interim president Vincent Boudreau, “and so must be a refuge and a source of wisdom on questions of racial, religious, and gender fairness.”

*The category “women” is inclusive of cis-sexual, transgender, and non-binary forms of gendered identities. The Politics of Sexual Violence Initiative does not discriminate on gender or race. All programs are open to all eligible participants without regard to race, gender, national origin, or other characteristics protected by law.

Dr. Gowrinathan is the Founder and Director of the Politics of Sexual Violence Initiative, which examines the impact of rape on women's political identities, and a Visiting Research Professor at the Colin Powell Center for Global and Civic Leadership at City College New York. Through this initiative she is the director of, Beyond Identity: A Gendered-Platform for Scholar-Activists. She is also currently a Senior Scholar the Center for Political Conflict, Gender, and People's Rights at the University of California, Berkeley and the creator of the Female Fighter Series at Guernica Magazine.

She has recently been a senior advisor on political voice for the ADB/UN Women Benchmark Paper on SDG's in the Asia-Pacific region; a Gender Expert for the United Nations Human Development Report on Afghanistan; and a policy consultant and analyst for the Centre for Humanitarian Dialogue and the International Crisis Group, researching and analyzing gender inclusion in peace-building and women’s insecurities in Sri Lanka. She was formerly the Director of South Asia Programs and UN Representative for Operation USA. Dr. Gowrinathan received her PhD in Political Science from the University of California, Los Angeles titled "Why Women Rebel: Understanding Female Fighters in the Liberation Tigers of Tamil Eelam" which received the Jean and Irving Stone Award for Innovation in Gender Studies. She provides expert analysis for CNN, MSNBC, Al Jazeera, and the BBC, and has published in Harper's Magazine, Foreign Affairs, Guernica Magazine, and Al Jazeera English, among others. Her work, and writings, can be found at www.deviarchy.com

Established in 2006 by Jennifer and Peter Buffett, NoVo Foundation (NoVo) is a private foundation whose mission is to foster a transformation from a world of domination and exploitation to one of collaboration and partnership. Novo supports the development of capacities in people—individually and collectively—to help create a caring and balanced world. They envision a world that operates on the principles of mutual respect, collaboration, and civic participation, thereby reversing the old paradigm predicated on hierarchy, violence, and the subordination of girls and women.