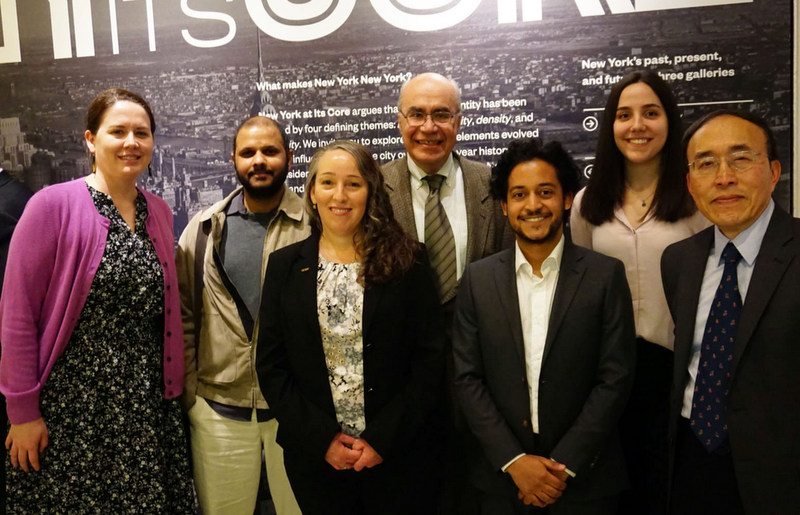 The Grove School of Engineering’s civil engineering department at The City College of New York is the recipient of a Centennial Award from the American Society of Civil Engineer’s (ASCE) Metropolitan Section. The honor recognizes the department’s “significant contributions to the civil engineering profession” and its work to help build the city over the past century.

The Metropolitan Section is commemorating its centennial with the theme: “A Tribute to the New York Metropolitan Engineering Community: Celebrating a Century of Achievements.”  The award to CCNY lauds the college’s engineering legacy as the Grove School celebrates its own centennial.

A distinguished member of CCNY’s Class of 1960, Grove was a founder and former chairman of Intel Corp, one of the world’s leading producers of semiconductor chips.

The Grove School is the only public school of engineering in the New York City metropolitan area. Its numerous distinguished alumni include:

About ASCE
Founded in 1852, ASCE is the oldest national engineering society in the United States. Its motto is bringing the global civil engineering community together and it represents more than 150,000 members in 177 countries. ASCE is dedicated to the advancement of the science and profession of civil engineering and the enhancement of human welfare through the activities of society members. It’s headquartered in Reston, Virginia.