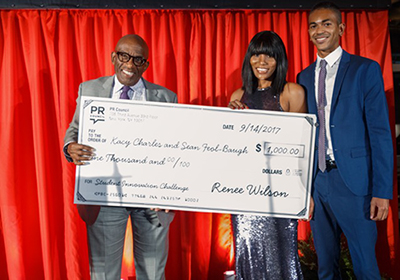 Al Roker presenting award to BIC students Kacy Charles and Sean Feol-Baugh for their "Not Just a Box" campaign. 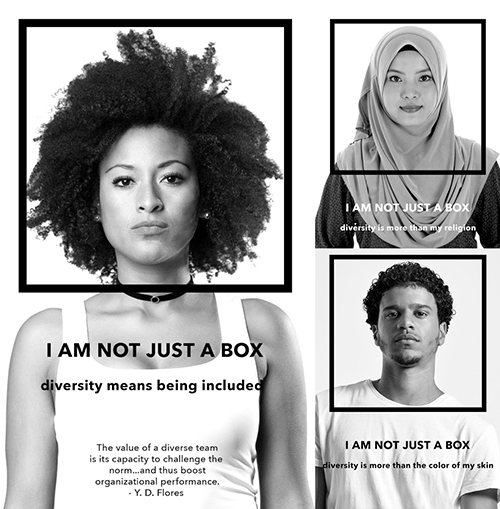 Three ads from the “Not Just a Box" campaign.

Kacy Charles and Sean Feol-Baugh, graduate students in the Master’s Program in Branding + Integrated Communication at the City College of New York, are winners of the PR Council’s first annual Student Innovation Challenge for their campaign titled “Not Just a Box.” They were awarded $1000 at the PR Council’s Annual Dinner & Diversity Distinction in PR Awards.

Chairs of the PR Council’s Diversity Committee, Brad MacAffee, senior partner and CEO of Porter Novelli; BIC Advisory Board member Barri Rafferty, partner and president of Ketchum; and Tonya Veasey, president and CEO of OCG PR, judged the entries. Charles and Feol-Baugh were presented with their check at the awards dinner by anchor Al Roker.

“This award is significant because of what it means for change in how diversity is perceived,” said Feol-Baugh, a Brooklyn resident who graduates in spring. “I hope that it helps convey our thinking and abilities as we begin our careers in branding and communications.”

The contest attracted entries nation-wide from current and recently graduated college students to create a communications campaign and video on diversity in America. Students had the option to create a campaign that addresses and discusses “unity in diversity” in America, or create and sustain a lasting movement for diversity and inclusion on their school campus.

The  “Not Just a Box” campaign highlights diverse Americans, showing that they are more than their ethnicity, gender, or sexual orientation in a creative visual. The campaign is a response to the recruitment process, which asks applicants to self-identify; it shows that diversity and inclusion go beyond checking a box and illustrates how applicants should be heard and valued for their point of view and diverse experiences.