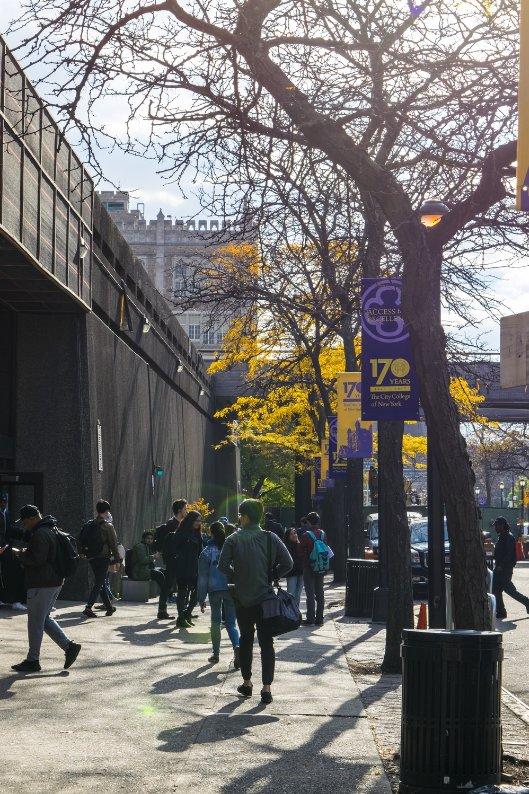 A new report from the Brookings Institution ranks The City College of New York third among four-year schools with the greatest success in lifting low-income students into the middle class. Five other CUNY senior colleges are ranked in the top 10. The report is the latest confirmation of research over the past three years establishing City College and CUNY as the nation’s leading engines of social and economic mobility.

Established in 1847 as the first tuition-free college in the United States, CCNY is the founding institution of CUNY.  CCNY has been ranked #1 by the Harvard-based Opportunity Insights out of 369 selective public colleges in the United States on the overall mobility index.

“CCNY has always been deeply involved in developing the workforce necessary to sustain New York City,” said City College President Vince Boudreau. “Our strong and consistent record in producing social mobility among our graduates demonstrates how faithful we have been, throughout our 173-year history, to our founding dream of building a more just society by educating the whole people.  Today, there are few measures of a college’s contribution to justice more accurate and precise than the contribution it makes to social mobility.”

“CUNY has throughout its history been a beacon of access, opportunity and economic mobility for all New Yorkers, and we are proud that in recent years we have been especially focused on helping students from the lowest income levels join the middle class,” said CUNY Chancellor Félix Matos Rodríguez. “Social mobility is increasingly the gold-standard measure of colleges’ value and the Brookings report is further affirmation of CUNY’s record of success.”

The Brookings “Middle Class Mobility” report used the same data and similar methodology as a pioneering and widely cited 2017 study led by economist Raj Chetty, who was then at Stanford and is now at Harvard. The study assessed data for more than 1,600 colleges and ranked the schools according to the percentage of their graduates who came from families in the bottom 20 percent of income level and eventually reached the top 20 percent for individual earnings. The study also built on the Chetty team’s social mobility research by assessing colleges’ success in helping students from middle-income families move up the economic ladder.

The Brookings study drew on publicly available data from the U.S. Department of Education that the Chetty study used to assess colleges’ impact on social mobility. That study created a database of family income for more than 30 million college students from 1999 to 2013, based on anonymous tax and financial aid information, and tracked their earnings over the decade after they graduated. The Brookings report, led by Sarah Reber, an economist and professor of public policy at UCLA, used that database and similar methodology to expand the research to include students from middle-class families, those with incomes in the top 40 to 60 percent.

Almost half of CUNY’s students come from households earning less than $20,000. Over the past two years the University’s social-mobility track record has been cited in college rankings by Money magazine, The Chronicle of Higher Education and others.