CCNY to expand blockchain and crypto research and teaching 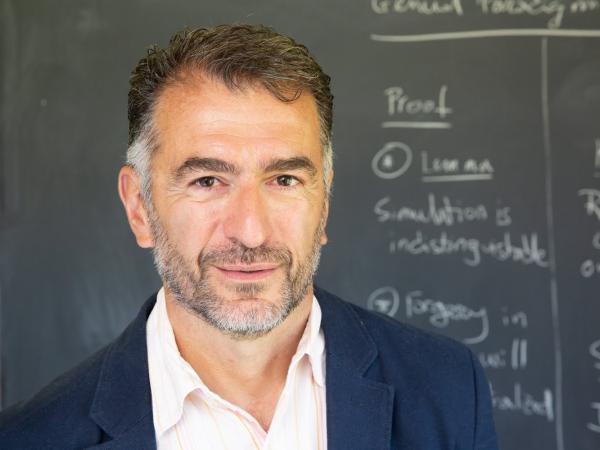 Rosario Gennaro, professor of computer science in The City College of New York’s Grove School of Engineering, is the recipient of a five-year $850,000 grant to further CCNY’s contributions to the advancement of blockchain systems. The funding is part of a five-year, $5.75 million grant by the Algorand Foundation to a Yale University-led consortium. The Foundation is the charitable arm of blockchain company Algorand, founded in 2017 by Silvio Micali of the Massachusetts Institute of Technology.

The main focus of the CCNY grant, which is eligible for renewal at the end of the five-year period, is on education. It will be used to provide more opportunities for students to study and participate in this burgeoning field.

The cornerstone of the program will be a six-week summer institute for undergraduates to learn about blockchain and cryptocurrencies, through a combination of lectures, projects and exposure to cutting-edge research. Modeled after the National Science Foundation's Research Opportunities for Undergraduates program, the summer institute will provide scholarships to the participating students.

“This will allow our students to really get their hands on what working in blockchain and crypto areas is like through an intense summer experience,” said Gennaro, who also directs City College’s Center for Algorithms and Interactive Scientific Software. “There are many good jobs in this area, and this will help students get a foot in the door.”

Gennaro added that the evolution of the World Wide Web and the emergence of blockchain technology – which can be described simply as a public ledger – portends a greater demand for software engineers.

“Web1 was limited to data users,” he said. “We are now in Web2, in which users are active participants in large centralized systems – such as Google and Facebook -- which own the data. The dream of Web3 is that of a fully decentralized architecture, one in which you own and control the data that you put on the web.”

Blockchain is the main component of that dream, as it permits that access.

“There is a great demand for Web3 engineers,” he said.

Gennaro has also moved to hire professionals to fill the ranks of the faculty. He recently lured computer scientist Allison Bishop from Columbia University to teach courses in artificial intelligence. He has also bolstered the graduate program in cybersecurity by increasing financial and logistical support.

Yale, meanwhile, will use its grant to establish a Center for Privacy, Accountability, Verification and Economics of Blockchain Systems, to be led by Charalampos Papamanthou, a Yale computer scientist. Gennaro and other CCNY computer scientists will also be faculty members of the Center.