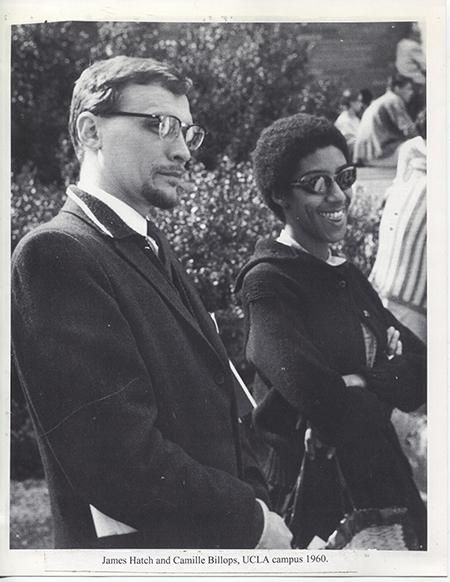 CCNY Libraries at The City College of New York completed the digitization of the CCNY Hatch-Billops Oral History collection, which consists of over 320 hours of oral history recordings—interviews, lectures and panel discussions¬—on Black American cultural history conducted between 1970-1974. The collection is available for open listening on Artstor.org for any CUNY-affiliated Artstor users and was made possible by funding from the GRAMMY Museum Grant Program.

The collection features unpublished recordings with some of the most notable Black American artists of the 20th century, capturing their thoughts, opinions and experiences. Although some copies of the tapes are accessible on site at NYPL, the Schomburg Center for Research in Black Culture and Emory University, CCNY Libraries made the entire collection remotely accessible to the entire CUNY research community via the Artstor database and select access is available on request for users beyond CUNY.

The collection began in the 1960s under the lead of historian and former City College Professor James V. Hatch and archivist and artist Camille Billops. Their story of creating educational materials helped fill the void of publications covering Black American culture in the U.S. in the 20th century and also serves as a robust memory of their legacy.

Some of the notable interviews include: