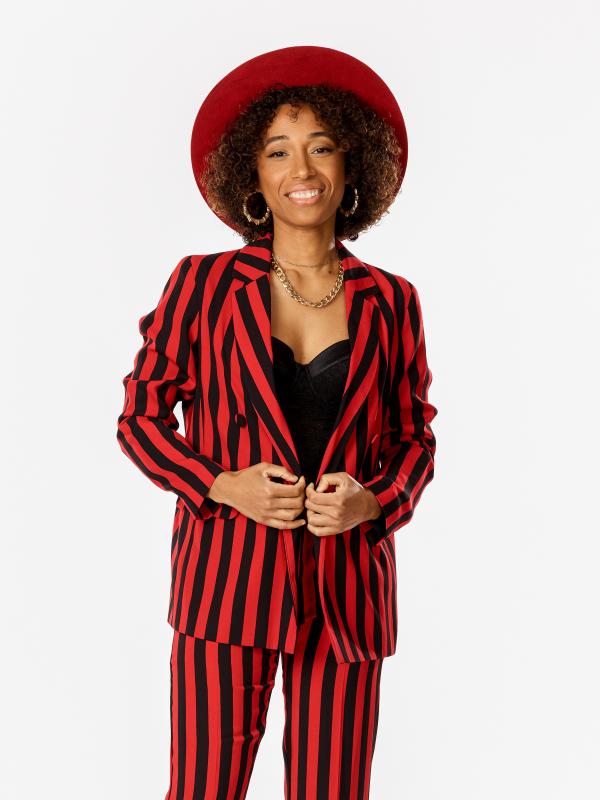 Alumna Samara Brown is a standout on Season 21 of “The Voice.” The former music and theatre double major got her start singing in church and continued to hone her craft at The City College of New York.

While at CCNY, the 32-year-old starred in the Department of Theatre and Speech’s production of "Lysistrata,” an ancient Greek comedy by Aristophanes.

“I definitely think theatre and music, or singing are very linked. You know, it's still just telling a story… playing a character; playing a role,” said Brown. “So, that definitely comes into play when I'm performing. I guess the only difference is when I do theatre, I've never gotten nervous because I'm not myself, but as a singer, I've gotten nervous because this was like, oh, this is me.”

After graduation, she joined a jazz ensemble and began traveling abroad to perform. Her journey to “The Voice “started in support of her older sister, Amanda Brown, who earned fifth place on Season 3 of NBC’s reality singing competition.

As a contestant on Coach John Legend’s team, Brown received advice that was helpful when working with her partner Britney Bree for the Battle Round.

“He was like, I know that you can hit the notes—so just hit them,” she said. “He always told us, you know, just enjoy ourselves; have fun with it. It doesn't have to be thought of as a competition. And even though it is, you know, to be gracious and grateful that we were there with the opportunity to do it.”

Although Brown lost the round to Bree, Legend used his save to win her back while coaches Ariana Grande and Kelly Clarkson attempted to steal her for their teams. She placed in the Top 20.

Prior to "The Voice,” Samara gigged as a solo act where she refined her talents.

“I love it; I love it,” said Brown when sharing advice about developing one’s talent. “Talent [is] this like magical wild thing, but technique gives you the ability to harness it, and control it, and use it to your advantage and really understand it—you know.”