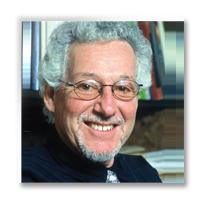 Sheldon Weinbaum, Professor Emeritus at CCNY, is the recipient of a Presidential Award for Excellence in Science, Mathematics, and Engineering Mentoring.

Dr. Sheldon Weinbaum, Professor Emeritus in The City College of New York’s Grove School of Engineering, is one of 12 recipients of the Presidential Award for Excellence in Science, Mathematics, and Engineering Mentoring (PAESMEM) from the White House. The awards are America’s highest honor for mentors who work with underrepresented groups to develop fully the nation's human resources in STEM. Previously a CUNY Distinguished Professor of Mechanical and Biomedical Engineering at City College and the Graduate Center, CUNY, Weinbaum is the only honoree from New York State.

“Sheldon Weinbaum represents the most outstanding mentors America has to offer and serves as both a model and an inspiration to students and those entering the professional workforce,” said a statement from the PAESMEM Team.

PAESMEM recognizes the critical roles mentors play in the academic and professional development of the future STEM workforce.

Along with the award, mentors receive $10,000 from the National Science Foundation; a certificate signed by President Donald Trump; and trip to Washington, D.C. to celebrate their accomplishments. While they are in D.C., they will participate in professional development activities and network with fellow STEM mentors from across the nation.

Nominations and awards are facilitated by the White House Office of Science and Technology Policy (OSTP) and the National Science Foundation.

Following is a brief bio of Sheldon Weinbaum:
Sheldon Weinbaum has received several of the most prestigious awards and honors in science and engineering. He is one of a few people that belong to all three National Academies: Engineering (NAE), Medicine (IOM), and Sciences (NAS).  He was elected to the NAS and the IOM in 2002, and was in the same year named a Guggenheim Fellowship recipient in molecular and cellular biology, the first engineer to ever receive a Guggenheim in this category. His election to the NAE was in 1996. The founding Director of CCNY’s New York Center for Biomedical Engineering (1994-99), Weinbaum was in 1985 awarded a $300,000 “Special Creativity” grant by the National Science Foundation for the research that led to the discovery at the cellular level of the endothelial pore for LDL cholesterol. In 1994, he shared the Research Award of the European Society of Biomechanics and also received the H. Lissner Award of the American Society of Mechnical Engineers (ASME). This is the highest honor given out by the Bioengineering Division of the ASME.  In addition, ASME in 1996 presented him with the Melville Medal, its highest literature award for an original research contribution. Weinbaum received the Classic Paper Award of the Heat Transfer Division of ASME in 2000 for co-authoring the Weinbaum-Jiji bioheat equation. He is a Fellow of the American Physical Society, a Founding Fellow of the American Institute for Medical and Biological Engineering and a Fellow of ASME. He received his B.A.E. from Rensselaer Polytechnic Institute in 1959 and an M.S. in applied physics and Ph.D. in engineering from Harvard University in 1960 and 1963, respectively. Click here to read more about Weinbaum.