CCNY is a Top Producer of Fulbright Scholars

< Home / News / CCNY is a Top Producer of Fulbright Scholars 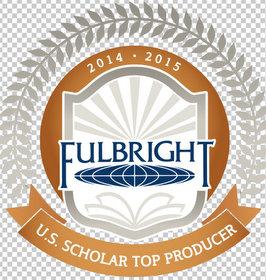 The City College of New York is a co-leader nationally in producing the most 2014-2015 Fulbright U.S. Scholars, the U.S. Department of State’s Bureau of Educational and Cultural Affairs has announced. City College and Seattle University each received four awards during the year to share top place among master’s institutions. Top-producing institutions are highlighted annually in The Chronicle of Higher Education.

City College had other Fulbright award recipients in different categories in 2014. They include: Dr. Daniel DiSalvo, assistant professor of political science in the Colin Powell School for Civic and Global Leadership; Dr.Yochanan Shachmurove, professor of economics and business in the Powell School; Class of 2014 Salutatorian Simone Gordon and Jessie Chaffee from the Class of 2011. Ms. Chaffee’s award was for a book project she started at CCNY.

About the Fulbright Scholar Program
Established in 1946 under legislation introduced by the late Sen. J. William Fulbright of Arkansas, the program'spurpose is to build mutual understanding between the people of the United States and other countries. Fulbright Scholars are selected on the basis of academic or professional achievement and demonstrated leadership potential in their fields. The U.S. Department of State’s Bureau of Educational and Cultural Affairs manages the program.