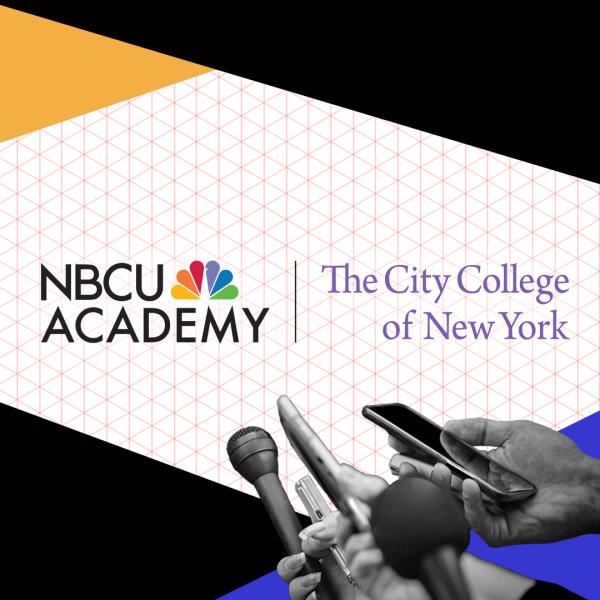 The Colin Powell School and other institutions, from California to Florida, will benefit from NBCU Academy’s investment of $6.5 million in the initiative, including scholarships worth $3.5 million over the next two years. In addition to providing equipment and collaborating with professors to develop seminar courses, NBCU News Group journalists, executives and management from editorial and production teams across NBC News, MSNBC, CNBC and Telemundo will participate as guest lecturers to provide real-world insight and mentorship.

“Creating an inclusive culture for journalism that represents the communities we serve is at the very core of what we do,” said NBCUniversal News Group Chairman Cesar Conde. “Through NBCU Academy, we have the opportunity to widen our extraordinary legacy by building on-ramps for a talented generation of journalists and storytellers who—for so long—may have been overlooked.”

“I’m particularly thankful for their willingness to invest in CCNY’s efforts to develop civic minded leaders from a breadth of backgrounds to participate in and shape public discussions on matters of vital importance,” said Boudreau. “This support reflects NBCU News Group’s deep commitment to helping us develop an educated society, one that will benefit from and contribute to the critical engagement of public affairs.”

Click here for more details on NBCU Academy and all the academic partners.

In June 2020, Comcast NBCUniversal announced a multi-year $100 million commitment to help address systemic racism and inequality. NBCU Academy is part of that pledge and focuses on providing tools, resources, and platforms for young, underrepresented voices. In July 2020, NBCU News Group announced the Fifty Percent Challenge Initiative, an aggressive action plan to turn the NBCU News Group employee base to be 50% women and 50% people of color.