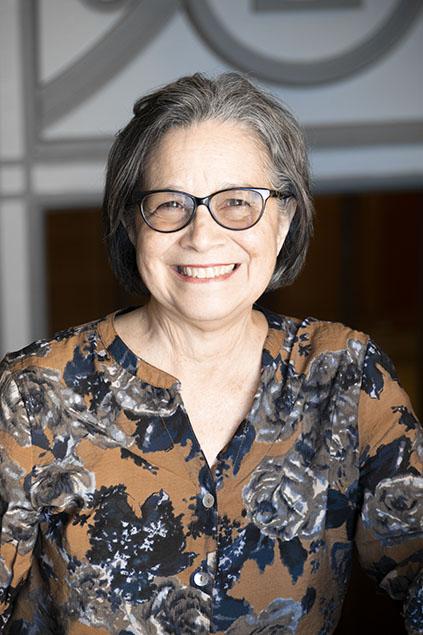 Maria Tamargo is named a Member of the National Academy of Engineering.

The City College of New York’s Maria C. Tamargo, professor of chemistry in the Division of Science and doctoral faculty in electrical engineering at The Grove School of Engineering, is an elected Member of the National Academy of Engineering (NAE) Class of 2020. She is recognized for forging the way toward an inclusive science and engineering research community and for contributions to molecular-beam epitaxy of semiconductor materials.

"It was very inspiring to see how seriously the academy sees its role as an expert body that provides input on key science and technology issues to the government and to the Nation," said Tamargo. "It was also enlightening the extent to which the academy is proud to be independent and self funded, ensuring its freedom and impartiality."

Tamargo has been teaching at CCNY since 1993 and is also a doctoral faculty member in chemistry and physics at The Graduate Center, CUNY. Her former work at AT&T Bell Labs and Bellcore on molecular beam epitaxy (MBE) of wide bandgap II-VI compounds continues to shape her work at CCNY.

She initiated a new research direction on the MBE growth of a new class of materials known as topological insulators and related materials. These materials have unique electronic band structure and physical properties that make them attractive for next generation technologies such as spintronics and quantum computing.

She is a principal investigator and director of the National Science Foundation CREST Center entitled Center for Interface Design and Engineered Assembly of Low-dimensional Systems, or IDEALS that involves more than 20 researchers from CCNY and several partner institutions within CUNY and beyond. She is a fellow of the American Physical Society and the recipient of the 2017 MBE Innovator Award.

Tamargo served as dean of science at CCNY from 2001-2007 and was executive officer of the Chemistry Program at the CUNY Graduate Center from 2011-2014. She obtained a bachelor’s degree in chemistry at the University of Puerto Rico, Rio Piedras and a Ph.D. in chemistry from Johns Hopkins University.

This release was updated as of December 18, 2020 after the induction ceremony took place.