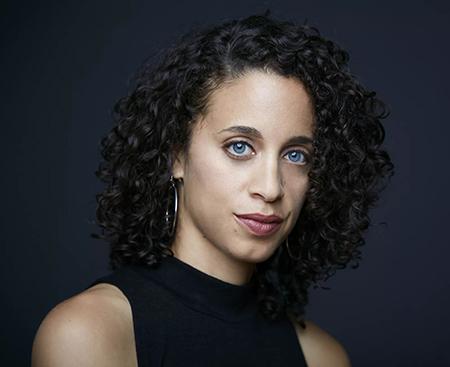 Alethea Pace, a student in the MFA in Digital and Interdisciplinary Art Practice (DIAP) program at CCNY, is a recipient of the Harkness Promise Award by Dance Magazine.

Alethea Pace, a student in the MFA in Digital and Interdisciplinary Art Practice (DIAP) program at The City College of New York, is one of two recipients of the Harkness Promise Award by Dance Magazine.

Pace is a multidisciplinary choreographer and performer committed to creating work in and with her community that is rooted in social justice. She strives to help her community overcome challenges facing people of color.

She was a member of Arthur Aviles Typical Theatre for eight years and collaborated with various multimedia community-centered organizations, such as Angela’s Pulse and the Laundromat Project. She received support for her work from companies like, Dancing While Black, Pregones Theater, New Dance Alliance, New York Live Arts and 92Y Harkness Dance. Additionally, she received the BRIO award and CUNY Dance Initiative in 2019 and is currently BAAD!’s Muse Artist in Residence.

As a performer, she trained at the Mind-Builders Creative Arts Center in the Bronx and has a BA in urban design from NYU where she studied the history of Bronx housing. Pace is currently in her third semester in the MFA DIAP program, that invites students with wide ranging interests to encourage the use of technology with contemporary art to create digital media art.

Specializing in contemporary modern dance and dances of the African diaspora, Pace’s work incorporates an interdisciplinary approach that includes experimentation with text, video, projection mapping, sound design, creative coding, oral history and community-based practices. She believes in using these artistic outlets to unite people from underrepresented communities so that their cultures and histories are validated and shared.

The Harkness Promise Award is funded by net proceeds from the Dance Magazine Awards ceremony. The award offers a $5,000 grant and 40 hours of rehearsal space for outstanding choreographers to use within their first decade of professional work.

Currently, Pace is working on “here goes the neighborhood...,” a performance created in collaboration with Bronx community members, to dignify stories of Bronx residents and Black and brown communities.

The Guggenheim Museum honored the recipients in a ceremony on Dec. 6.