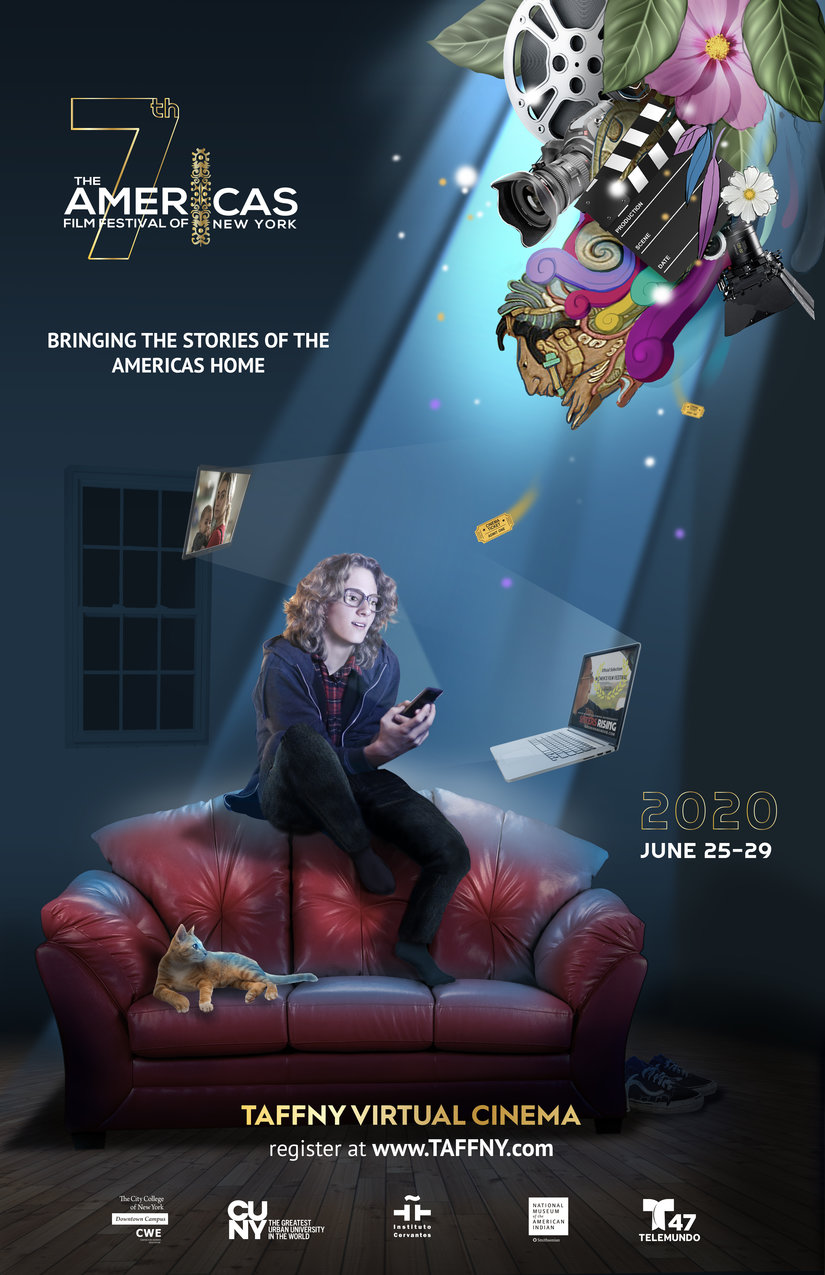 Thousands tuned in for the 7th annual The Americas Film Festival New York as it took the stories of the Americas online in its first ever virtual festival. In addition to digital screenings of major feature films and documentaries, TAFFNY’s Virtual Cinema presented 28 short films, selected from over 200 submissions from independent filmmakers and top film schools on the continent to compete in its Americas Film Festival Short Films Competition.

Following, with citations, are the winning entries in the 2020 edition of TAFFNY, a cultural initiative of the Division of Interdisciplinary Studies at the Center for Worker Education of the City College of New York:

Best Experimental: “Cambia Tutto,” by Ana Mouyis (USA / Italy), “for its ability to make a wise use of the cinematographic medium, capable of poetically summarizing the beauty of a magical land like Italy where everything changes while remaining crystallized in an eternal present.”

Best Animation: “Ian, Una Historia Que Nos Movilizará,” directed by Abel Goldfarb (Argentina). Honored “for the way its layered and impactful messages are delivered through expert animation and storytelling, and the importance of sharing these messages of diversity and inclusion in the cannon of Latin American children's film."

Best Documentary: “Esperábamos a Que Anocheciera,” by Wendy Muñiz and Guillermo Zouain (Dominican Republic), “for the way it captures a collective history through personal reflection and serves as a visual archive of something that is close to all of us— movie theaters."

Best Fiction: “Hay Coca,” by Jose Issa (Argentina), “for its beautiful cinematography and masterful acting, in addition, for showing a magical aspect of the traditional Andean life linked to coca leaves. This wonderful journey to the core of the Andes way of life, in the midst of a repressive dictatorship, is a tribute to friendship and life itself.”

There were Special Jury Mention honors for the short animation “GirasoL,” by Maria Victoria Sánchez (Venezuela), and the short fiction film “After the Beep,” by Florian Bison (Germany / USA).

The five-day festival, that broke viewing numbers, ended with the online premiere of “Sisters Rising,” a powerful documentary that tells the story of six Native American women fighting to restore personal and tribal sovereignty in the face of ongoing sexual violence against Indigenous women in the United States.