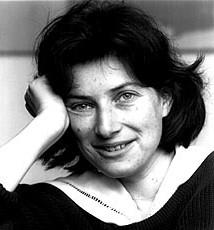 "No Home Movie," the latest work by CCNY Distinguished Lecturer and renowned filmmaker Chantal Akerman, has been selected for the 53rd New York Film Festival.

"No Home Movie," a motion picture directed by City College of New York Distinguished Lecturer and renowned filmmaker Chantal Akerman, has been selected for the 53rd New York Film Festival. It makes its U.S. premiere at the Film Society of Lincoln Center Oct. 7-8. The Film Society is located in Lincoln Center for the Performing Arts, in mid-Manhattan.

Akerman’s 115-minute feature is an intimate portrayal of her Holocaust survivor mother’s last years. Critics call it one of the rare works of art that is both intensely personal and universal.

For a schedule and tickets to NYFF screenings, click here. The festival runs Sept. 25 through Oct. 11, 2015.

Born in Belgium, Akerman is hailed as one of the leading European directors of her generation. Her body work has earned her acclaim for giving a new meaning to the term “independent film” as an embodiment of pure independence and creativity.

Akerman joined City College’s Division of Humanities and the Arts in 2011 as the first Michael & Irene Ross Visiting Professor of Film/Video & Jewish Studies.