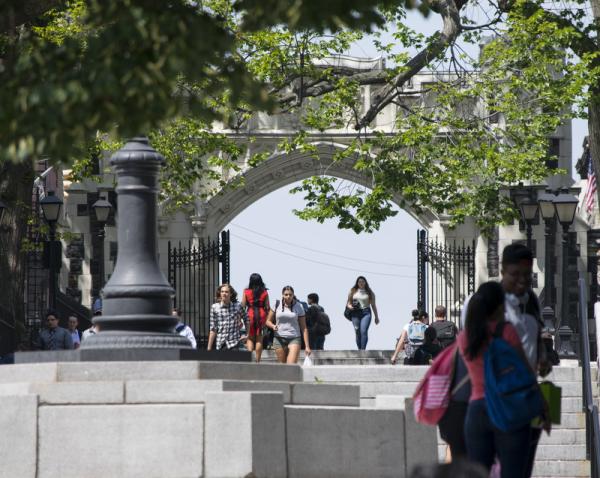 CCNY announces formation of The Foundation for City College, Inc., with an endowment of more than $290 million.

Distinguished CCNY alumni Martin Cohen (Class of 1970) and Dave R. Wall, P.E., (Class of 1997) will serve as the combined foundation’s inaugural board co-chairs.

Following are the other esteemed board members:

The new foundation’s mission at the 172-year-old institution is to enhance access to educational and research excellence, particularly to students who might not otherwise attend a senior college due to the financial costs.

“Private gifts have the power to advance higher education, which can transform lives and communities,” said board co-chair Martin Cohen. “The Board intends to continue in our work to enrich the City College experience for students, faculty and staff, and to work in collaboration with President Boudreau to raise significant financial support from private sources.”

Dave R. Wall, P.E., the foundation’s other co-chair, said it would support a variety of programs at City College. “This includes named professorships, advanced research operations, innovative programs leading to increased student success and campus-wide wellness opportunities. We see education and workforce development initiatives as key areas in which the Board can have a direct impact,” he added.

Hailing the new entity, President Boudreau said: “We serve a historic college, enacting a vital mission. The combined energies and commitments of our two precursor foundations, each devoted to that mission, positions our new foundation to play an unprecedented and central role in the design of a new and brighter future for CCNY. I'm immensely grateful to everyone who brought us to this point, and entirely optimistic about our future.”

Dee Dee Mozeleski, who leads CCNY’s Office of Institutional Advancement and Communications and is Executive Director of the foundation said: “I am grateful to work with this Board and President Boudreau on behalf of City College.The legacy we have inherited places us in a unique position to advance education and research initiatives that will impact communities around the world.”