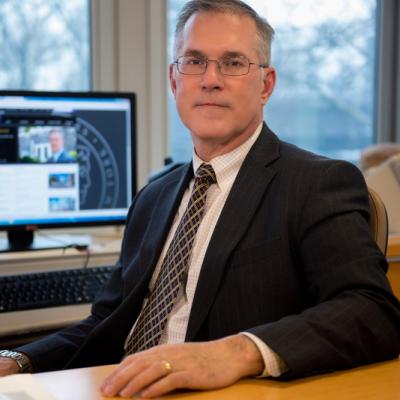 Vincent Boudreau was appointed president of The City College of New York by the Board of Trustees of The City University of New York on December 4, 2017. For three years previous to that, he served as the founding dean of the Colin Powell School for Civic and Global Leadership at CCNY. From 2002 through 2013, he directed the Colin Powell Center for Leadership and Service and is a professor of political science at City College and a member of the City University of New York graduate faculty.

A specialist in the politics of social movements, particularly in Southeast Asia, his latest book is Resisting Dictatorship: Repression and Protest in Southeast Asia (Cambridge University Press) He has also conducted research about government transitions to democracy, collective violence, and the relationship between civil society, social movements, and democratization processes in Indonesia and the Philippines.

January 25, 2023
Dear Members of the City College Community, I am so sad to bring you the news that Professor Rishi Raj passed away this week, following a protracted illness against which he struggled mightily. He was at home, surrounded by his family and that, his daughter Rashmi reports, was a great comfort to them all. She was also particular to share the news that Rishi was tremendously proud to have finished off this past semester with his students; seeing it through to completion became one of his most fixed goals as his health declined, and that drive is emblematic of his dedication to… Read More »

On February 9, The City College of New York holds its 44th Langston Hughes Festival and awards its Langston Hughes Medal to a highly distinguished writer of the African diaspora: Lynn Nottage. With a mission to celebrate and expand upon the legacy of Harlem Renaissance icon and "poet laureate of Harlem" Langston Hughes, the Festival awarded its first medal, in 1978, to James Baldwin, followed by an honor roll of the greatest Black writers of our time—among them Toni Morrison, Chinua Achebe, and Rita Dove. In this… Read More »