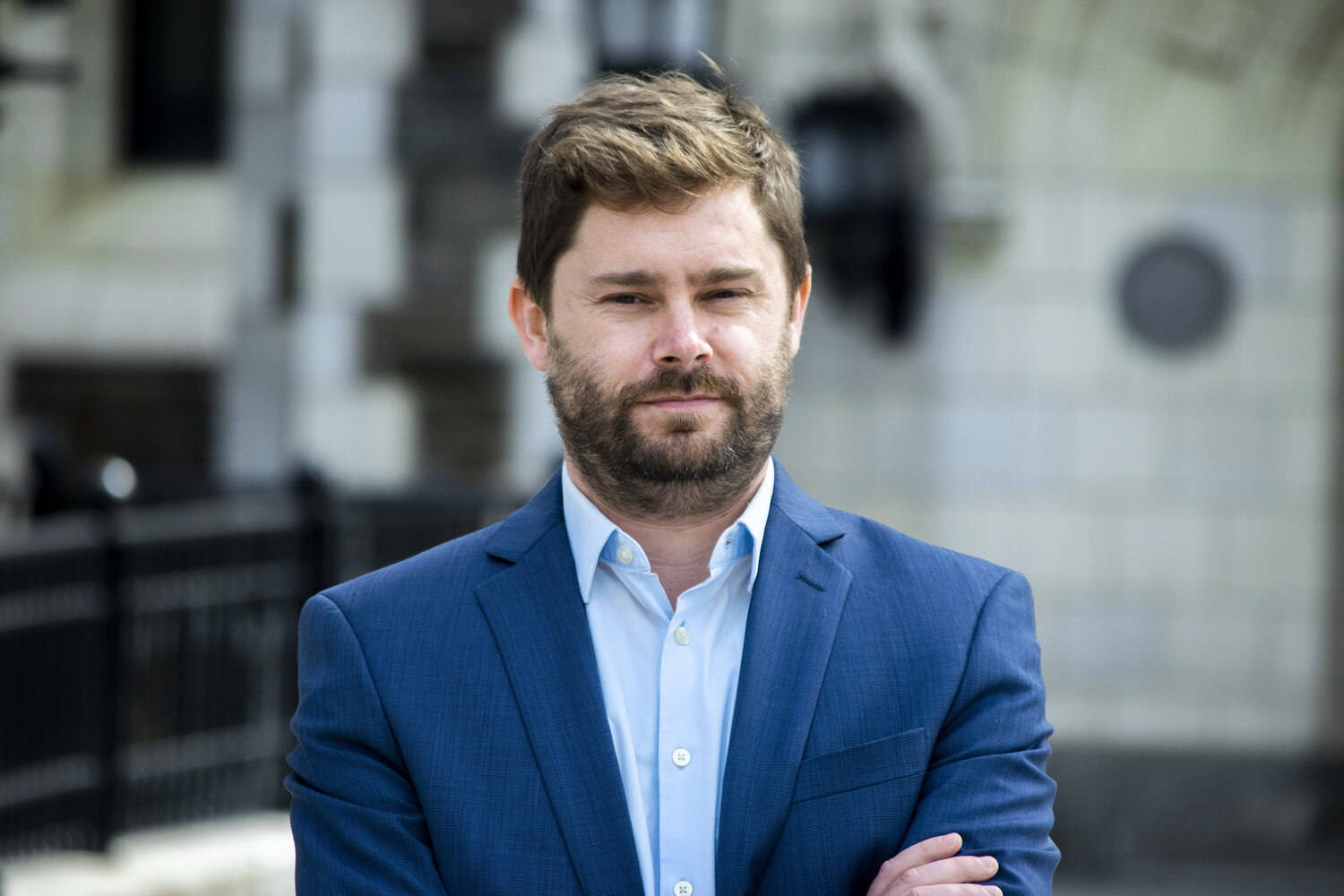 Matthew C. Reilly, a pioneering anthropological archaeologist in The City College of New York’s Colin Powell School for Civic and Global Leadership, is a recipient of the 2021 Feliks Gross Award for outstanding Assistant Professors from the City University of New York.

The honor is one of two presented to outstanding assistant professors CUNY-wide by the CUNY Academy for the Humanities and Sciences. The other accolade is the Henry Wasser Award. The Academy selects recipients for the two awards from a large group of highly qualified, academically impressive, assistant professors from all 25 CUNY campuses. Half receive the Gross award and half receive the Wasser award, randomly.

The awards are named after Feliks Gross and Henry Wasser, two of the founders of CUNY Academy for the Humanities and Sciences.

Reilly is assistant professor of anthropology, gender studies, and international studies at City College and affiliated faculty in anthropology at the Graduate Center, CUNY. His archaeological research explores issues of race, colonialism, slavery, and freedom in the Caribbean and West Africa.

In partnership with a visual artist, Reilly’s current project in Barbados explores post-plantation landscapes and heritage. In Liberia, he co-directs the Back-to-Africa Heritage and Archaeology Project, the first archaeological project to explore the 19th century Back-to-Africa movement. In collaboration with Liberian partnering institutions, the project explores sites of settlement and place-making processes through a lens of colonialism, race, and freedom in the post-conflict present. Additionally, he is working on an archival project that investigates the relationship between archaeology and White supremacy as the field took shape in the 19th and 20th centuries.

Reilly is the author of  “Archaeology below the Cliff: Race, Class, and Redlegs in Barbadian Sugar Society,” and co-editor of “Pre-Colonial and Post-Contact Archaeology in Barbados.”

Applauding his award, chair Irina Carlota Silber said Reilly was: “an invaluable member of the department of anthropology, gender studies, and international studies and internationally recognized for his groundbreaking scholarship in historical archaeology, which he leverages to examine critical questions around race, class, and gender in the Atlantic world.

“With specific attention to the Caribbean and the African Diaspora, Matt’s work is also a critical interrogation of Whiteness. Combined with his fluency across the four-fields of anthropology, Matt’s research is key to contributing to our department’s commitment to public scholarship and anti-racist pedagogies.”

Reilly is the second CCNY faculty member to win a Gross or Wasser award this spring. Boukary Sawadogo  of the Division of Humanities and the Arts received the Wasser Award.