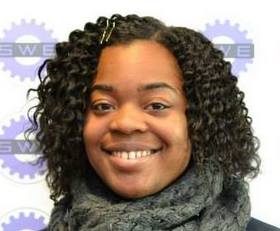 Khristian Brooks, a junior majoring in computer science, is one of three CCNY students awarded Gilman Scholarships for study abroad in the fall.

Three more City College of New York students have earned Benjamin A. Gilman International Scholarships for the fall semester, bringing to seven the number of CCNY recipients this year.

Brooks, a junior majoring in computer science, will spend the fall at the Korea Advanced Institute of Science and Technology. Better known as KAIST, it is Korea’s top science and technology research university.

Madrigal, a senior and English major, is headed to Japan, which was also Polanco’s destination. The latter, however, will not take up the scholarship. Polanco is a junior in the Grove Schoolof Engineering’s computer engineering program.

About The City College of New York
Since 1847, The City College of New York has provided low-cost, high-quality education for New Yorkers in a wide variety of disciplines. More than 15,000 students pursue undergraduate and graduate degrees in: the College of Liberal Arts and Sciences; the Bernard and Anne Spitzer School of Architecture; the School of Education; the Grove School of Engineering; the Sophie Davis School of Biomedical Education, and the Colin Powell School for Civic and Global Leadership. U.S. News, Princeton Review and Forbes all rank City College among the best colleges and universities in the United States.