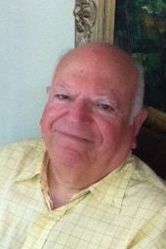 Dr. Daniel M. Greenberger, Mark W. Zemansky Professor of Physics at The City College of New York, has been appointed a CUNY Distinguished Professor. The CUNY Board of Trustees approved the appointment at its June 24 meeting.

“Professor Greenberger has established himself as a leading physicist in his field. His presence at City College adds to the prestige of the University and College,” said Dr. Maurizio Trevisan, City College provost, in support of his nomination. The appointment, Provost Trevisan added, recognizes Professor Greenberger’s national and international stature in his field and the significance of his contributions.

In 1989, Professor Greenberger, in collaboration with Dr. Michael Horne and Dr. Anton Zeilinger, published what is known as the GHZ Theorem. They were able to devise an experiment that makes it possible, in principle, to demonstrate an absolute contradiction between quantum mechanics and any classical local hidden variable theory by observing a single event.

Previously, a result of this nature was thought to be impossible. The theorem has been called second in significance only to Bell’s Theorem, which in 1964 showed that the difference between these theories is subject to experimental investigation, and, thus, opened many new fields of research.

Professor Greenberger has also done significant research on neuron interferotemy and the relation between gravitational theory and quantum theory. Most recently, he investigated relativistic effects in neutron and atomic interferotemy.

A member of the City College physics department since 1963, he previously taught at Ohio State University and University of California, Berkeley. His numerous honors include: a Fulbright professorship to the Technical University of Vienna in 1986, the Humboldt Prize from Germany in 1988 and election as a fellow of the American Physical Society in 1999 as well as election as a foreign member of the Austrian Academy of Sciences.

He also was the subject of a two-issue festschrift in Foundations of Physics in honor of his 65th birthday in 1999. In 2009, an international conference was dedicated to his 75th birthday.

Professor Greenberger is the fifth active member of CCNY’s physics department holding the rank of CUNY distinguished professor. He joins colleagues Robert Alfano, Joseph Birman, V. Parameswaran Nair and Myriam Sarachik in that elite group. A graduate of Massachusetts Institute of Technology, he holds a PhD from University of Illinois.

Set on a striking, 35-acre hilltop campus in upper Manhattan, CCNY has produced more Nobel laureates than any other public institution in the United States. The College has been touted as one of the Best Colleges in the United States as well as one of the Best Value Colleges by the Princeton Review, and ranks among U.S. News’ top regional universities.