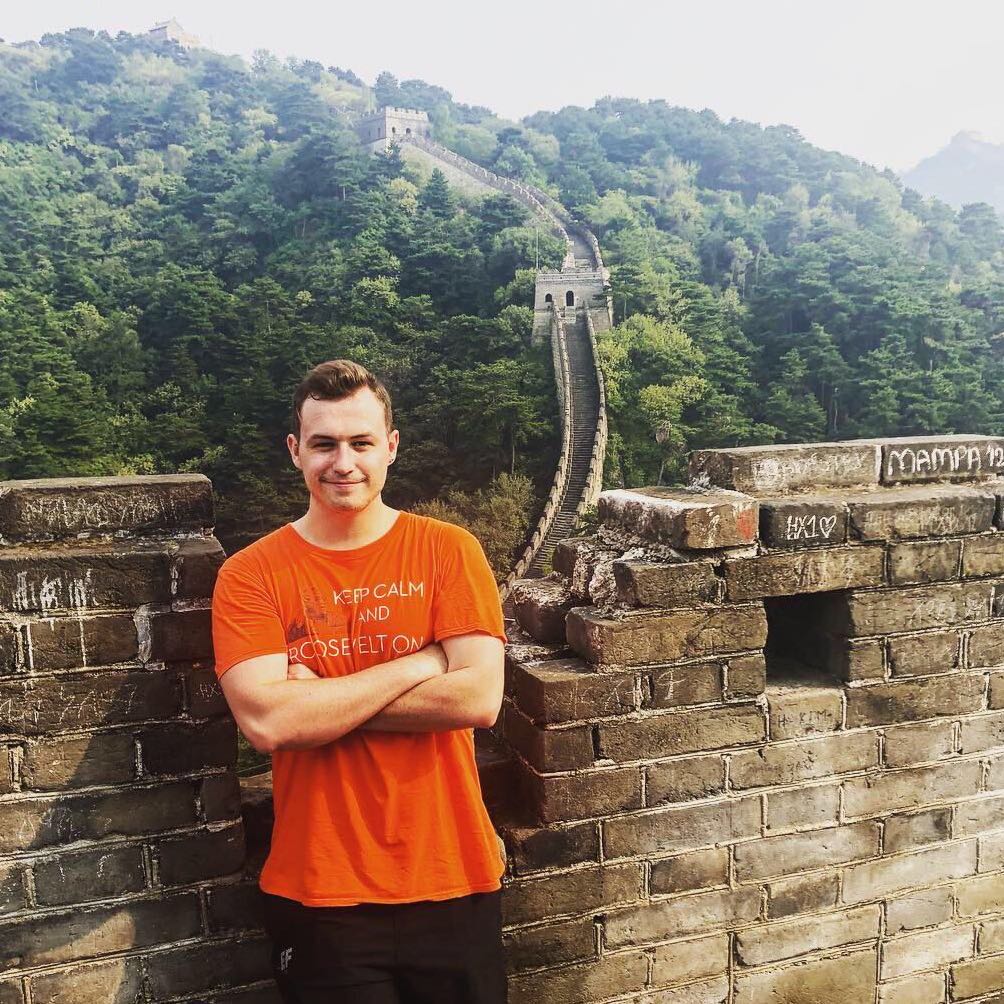 Joshua Kemp, CCNY Class of 2017, is headed back to China as a Schwarzman Scholar.

Joshua Kemp, a 2017 graduate of the Macaulay Honors College at The City College of New York, is one of 154 outstanding potential future leaders from 39 countries and more than 3,600 applicants named Schwarzman Scholars by the highly selective program. The recipient of a BA degree in International Relations from the Colin Powell School for Civic and Global Leadership, he heads to the Schwarzman College at Tsinghua University in Beijing, China, next August to pursue a one-year master’s in Global Affairs.

The Schwarzman Scholars Class of 2022 comprises an exceptional group of individuals. They include a Scholar whose medical device company aims to improve the efficacy and affordability of coronary artery bypass surgery, an Amazon best-selling author, a developer of a WHO-awarded app for achieving child nutrition security and reducing food waste, and Australia’s youngest Deputy Mayor. Click here for information on the entire Class of 2022.

“This is truly an inspirational and dynamic group of young people,” said Stephen A. Schwarzman, Founding Trustee of Schwarzman Scholars. “At a moment when the mission of Schwarzman Scholars is even more important than we could have predicted, I am confident these individuals will become people of consequence in their generation, addressing the most pressing global challenges of the 21st century.”

Scholars were selected through a rigorous application process designed to identify leadership potential, academic ability, and strength of character.

"I couldn't be more excited to connect with and learn alongside the other incredible scholars from around the world," said Kemp, who returns to China after three years in Shanghai with a communications education startup called LearningLeaders.

He left Shanghai this fall to enroll in the MSc Gender (Sexuality) program at the London School of Economics, and upon completion next year will enter the Schwarzman program.

On his career goal, Kemp said: “My foundational motivation is to rewrite the way our society crafts, executes, and reflects on policies revolving around queer bodies. After my Schwarzman program, I plan to continue my career at the intersection of HR and policy within China’s burgeoning NGO and social impact startup sectors.

“In the long run, my policy background, global career experiences, and HR-based understanding of how public and private organizations change and grow will give me the unique cross-sector skillsets necessary to springboard into influencing the intersection between policy-making and organizational behavior at the highest magnitudes of impact: ultimately empowering me to help make sure that the international policy landscape is effectively translating into support for those who need it most.”

About Schwarzman Scholars
The vision of Schwarzman Scholars is to bring together the world’s best young minds to explore and understand the economic, political and cultural factors that have contributed to China’s increasing importance as a global power, and train them to become effective links between China and the rest of the world. Through the philanthropy, foresight, and dedication of Blackstone Co-Founder, Chairman and CEO Stephen A. Schwarzman, as well as the generosity of global donors who have been inspired by the potential and importance of this program, Schwarzman Scholars has raised more than $500 million to date. These funds will help endow Schwarzman Scholars in perpetuity.