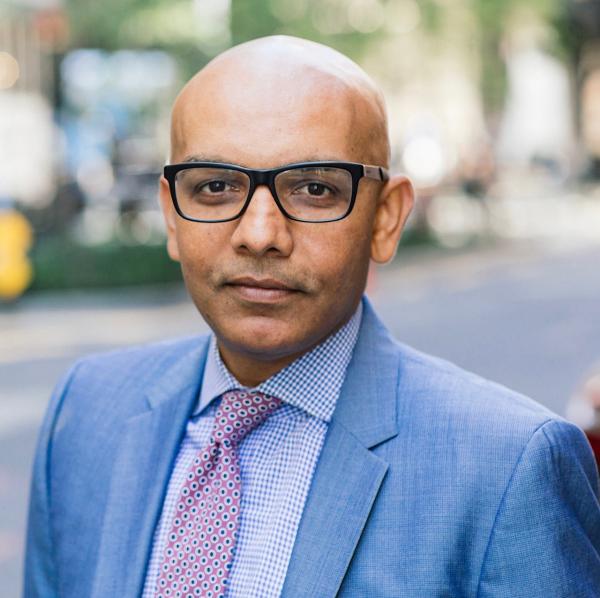 Mike Shah, CCNY Class of 1994 and a top corporate attorney, has joined the Colin Powell School Board of Visitors.

The Colin Powell School for Civic and Global Leadership at The City College of New York today announced the appointment of Manan (Mike) Shah, a partner in the New York office of Milbank LLP and 1994 CCNY alumnus, to serve as a member of its Board of Visitors. He joins 23 other distinguished Board Members.

“The Colin Powell School’s central purpose is to prepare one of the nation’s most diverse student bodies to become tomorrow’s global leaders. Mike Shah embodies that mission. As an alum, he is proof of the transformative impact of a CCNY education, and he is a role model for our students,” said Andrew Rich, the Richard J. Henley and Susan L. Davis Dean of the Colin Powell School. “He is already mentoring our students and supporting them at Milbank. We welcome Mike’s leadership as a member of the Board of Visitors.”

Shah, specifically, has extensive experience advising public and private companies on executive compensation and employee benefits issues across a broad range of corporate transactions. This includes mergers and acquisitions, corporate restructurings and bankruptcies, friendly and hostile tender offers, divestures, and public offerings. He also frequently advises on the design and implementation of employment, separation and change-of-control arrangements, both in the regular course of business and in the context of a transaction.

A significant aspect of Shah’s practice involves advising clients on the compensation and benefits issues that arise during the course of a corporate restructuring. He regularly assists boards of directors with structuring a company’s go-forward compensation arrangements in a way that incentivizes employee retention and performance while considering the economic realities of a post-emergence organization.

Shah’s expertise in employee benefits and executive compensation has earned him recognition by Chambers USA and The Legal 500. He was named one of the Best Lawyers in America for 2013-2021, and appointed a David Rockefeller Fellow by the Partnership for New York City.

Shah earned his law degree from Yeshiva University’s Benjamin N. Cardozo School of Law, which he attended after graduating from The City College with a B.A. While at CCNY, he participated in a legal studies program that was the precursor to the current Honors Program in Legal Studies housed in the Colin Powell School.