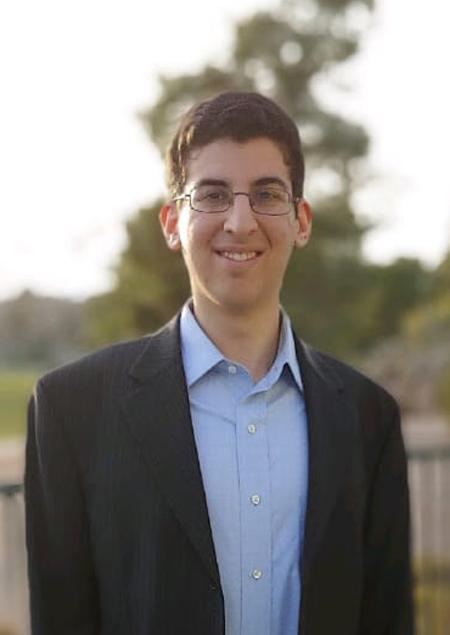 Benjamin Reichman, a junior in the Macaulay Honors College program at CCNY, is a 2020 Goldwater Scholar.

Benjamin Reichman, a junior in the Macaulay Honors College program, is The City College of New York’s fifth Barry M. Goldwater Scholar in as many years. He joins a list of talented students in science, engineering and mathematics recognized nationally by the Barry Goldwater Scholarship and Excellence in Education Foundation.

The federally funded scholarship is America’s premiere award for undergraduates majoring in math, science and engineering. Its goal is to provide a continuing source of highly qualified scientists, mathematicians, and engineers by awarding scholarships to college students who intend to pursue research careers in these fields. Goldwater Scholars have gone on to earn 93 Rhodes Scholarships, 146 Marshall Scholarships, 170 Churchill Scholarships and numerous other distinguished awards.

Reichman will receive an annual stipend of up to $7,500 for tuition, room and board, books and other expenses.

Born in Belgium, Reichman moved to New York City at age four. He is a computer engineering major and started attending hackathons in his freshman year. He has won multiple accolades including “Best Hardware Hack.” He was named a fellow at the National Institute of Standards and Technologies, where he researched AI applications to firefighter safety.

Since his sophomore year, Reichman has conducted research at the CCNY Media Lab involving computer vision as it relates to medicine. His first project tracked the gaze of radiologists as they looked at medical images. Currently he is working on algorithms that can detect tampering in medical images. He plans to pursue a PhD in Artificial Intelligence and to work to make advances in computer aided systems for improved diagnosis and medical treatment.

Reichman’s other honors include: