Princeton Review lists CCNY among top colleges that pay you back 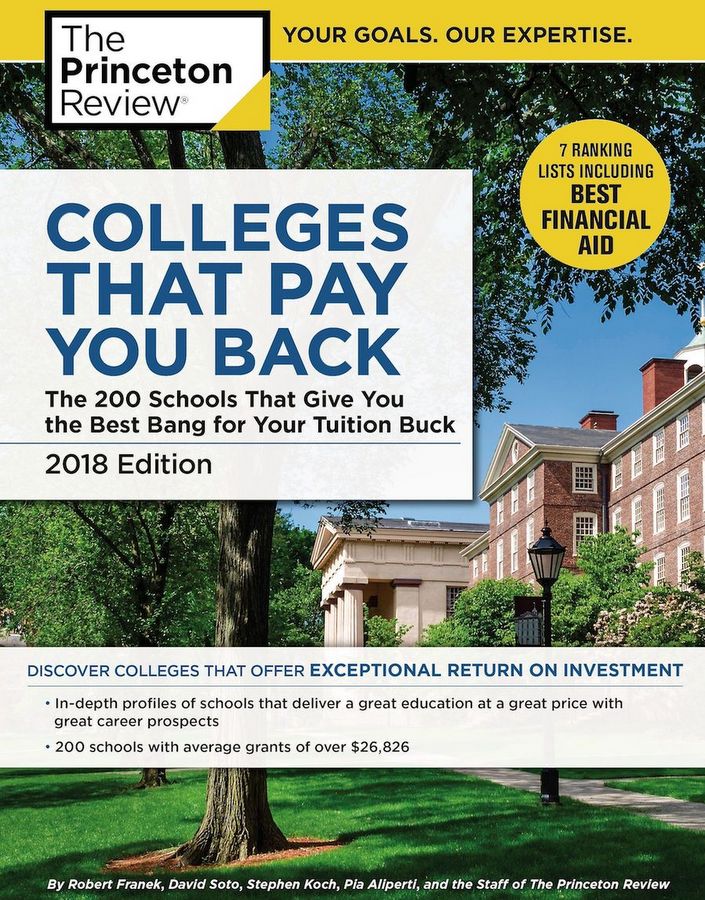 The City College of New York is one of the nation's best schools for students seeking a superb education with great career preparation and at an affordable price according to The Princeton Review®.  The Review lists CCNY in its 2018 annual guide “Colleges That Pay You Back: The 200 Schools That Give You the Best Bang for Your Tuition Buck,” (Penguin Random House / Princeton Review Books) published today.

In all, The Princeton Review crunched more than 40 data points to tally ROI (return on investment) ratings of the colleges that determined its selection of the 200 schools for the book. Topics covered everything from academics, cost, and financial aid to graduation rates, student debt, alumni salaries, and job satisfaction.

"We salute City College, and all of our “Colleges That Pay You Back” schools.  They stand out for their outstanding academics and their affordability via generous financial aid to students with need and/or comparatively low sticker prices," said Robert Franek, The Princeton Review’s Editor-in-Chief and lead author of the book. "Students at these colleges also have access to extraordinary career services from their freshman year on, plus a lifetime of valuable alumni support."

In the book's profile of CCNY, The Princeton Review editors praise the school for its “astonishingly low cost” and quote from CCNY students surveyed who described the college as “affordable…an important factor in these tough economic times.” Students also cited the three C’s: “convenience, cost, and concentration.” In addition, CCNY was lauded for its rigorous academic programs that “rival that of the nation’s premier universities.”

The "Career Information" section in the profile lists an exceptional ROI rating score of 87 for City College.  It also cites PayScale.com figures reporting CCNY graduates with at least a bachelor's degree have a median starting salary of $51,400 and median mid-career salary of $93,000.

This is the second major accolade for CCNY by The Princeton Review in six months. Last July, City College was named one of the nation's best institutions for undergraduate education.