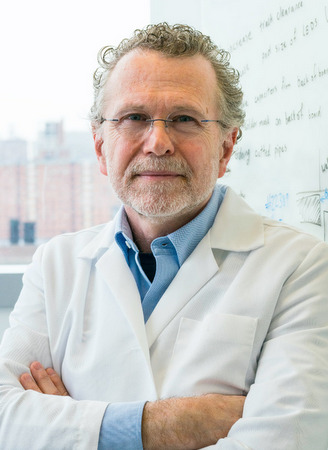 Genes for many may be widely associated with determining certain traits and characteristics. Now a study co-led by John H. Martin of The CUNY School of Medicine at The City College of New York is demonstrating that they could also influence neural motor skills. This could lead to new insights in the treatment of motor skills impairments such as Cerebral Palsy.

Martin and his collaborators from Cincinnati Children's Hospital Medical Center, Yutaka Yoshida and Zirong Gu, found that the lost function of two genes prevent infant laboratory mice from developing motor skills as they mature into adults. The cause is neural circuits between the brain's motor cortex region and the spinal cord that did not properly reorganize in mice as they matured. These circuits are part of the cortical spinal network, which coordinates the activation of muscles in limbs.

The mice were bred to lack molecular signaling from the Bax/Bak genetic pathway. Through a variety of experiments, the researchers demonstrated how Bax/Bak's downstream molecular targets are vital to developing appropriately sophisticated connections between the motor cortex, spinal circuits and opposing extensor/flexor muscle groups in the animals.

"If mutations in the Bax/Bak pathway are found in human patients with developmental motor disabilities, these findings could be very translational and lead to possible medical applications," said Yoshida, Martin’s co-lead author.

Martin said it is believed that neuronal activity and movement experiences regulate the formation and function of motor circuits as an animal or person matures. “We show that the Bax/Bak pathway is important for this process. This finding may help us better understand the underlying biological mechanisms of motor development,” noted.

The team’s goal is for future studies to determine whether disruptions in Bax/Bak pathway are implicated in some people with skilled motor disabilities and whether it also regulates reorganization of other circuits in the mammalian central nervous system.

The study was published in the journal Neuron.