Why Natural Networks Are More Stable Than Man-made Networks 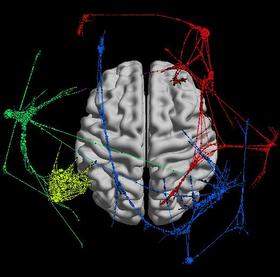 CCNY physicist Hernan Makse and his international collaborators studied the brain to find out why natural networks such as the ones formed by neurons are more stable than man-made networks like the Internet.

nterconnected natural networks, such as the ones formed by neurons in the brain, are known to be more stable and resilient to failure than networks created by humans, such as the Internet. Now, a group of international researchers led by City College of New York physicist Hernan Makse has uncovered why. Their findings could potentially lead to improved power grids and financial, biological and communication networks in the future.

Many organisms and biological systems in nature often interact with each other, exchanging information in a very efficient way. However, networks built by humans are more prone to cascading failures due to small perturbations, as in blackouts in power grids.

Professor Makse and his colleagues from Spain, Argentina, Brazil and the United States, discovered that the advantage of natural networks compared with artificial ones lies in the internal structure of the networks and the patterns of the connections each network establishes with the other.

"We found that neural networks in the brain are connected in a topology that maximizes stability according to the theory developed," said Mariano
Sigman of the University of Buenos Aires.

The consistency between the experimental measurements and the
theoretical predictions make their theory a good candidate to study complex systems of interconnected networks. The findings, which appear in the journal "Nature Physics," can also be applied to designing efficient power grid infrastructures, the Internet and robust financial networks.

Dr. Saulo Reis, first author of the paper, said: "Our results provide not only an answer to the question of why natural networks are more stable than artificial ones, but they also provide a prediction of how structured networks, whether natural or man-made, should be organized in order to acquire stability."