There’s a twist in the story of volcanism & mass extinctions, say CCNY researchers 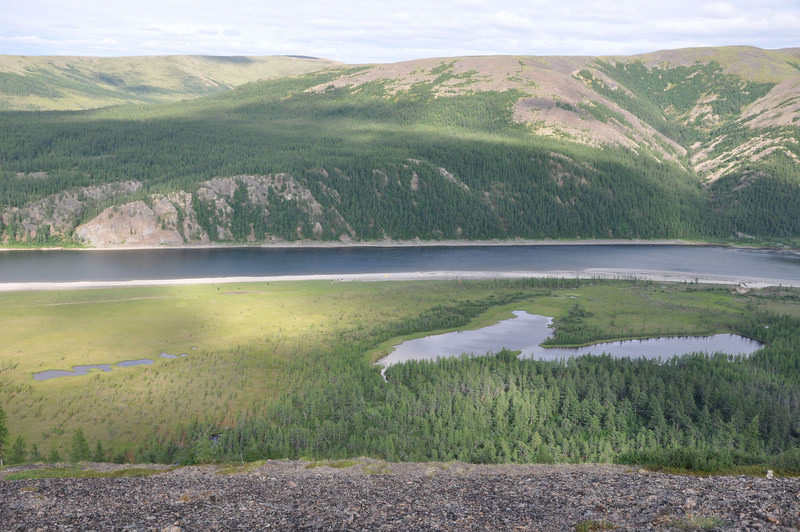 The Siberian Traps, the scene of ancient volcanic eruptions 252 million years ago that led to a massive extinction of life on Earth. CCNY researchers Ellen Gales and Benjamin Black obtained samples for their study there. Photo credit: B. Black and L.T. Elkins-Tanton.

An emerging scientific consensus is that gases—in particular carbon gases--released by volcanic eruptions millions of years ago contributed to some of Earth’s greatest mass extinctions. But new research at The City College of New York suggests that that’s not the entire story.

“The key finding of our research is that carbon from massive, ancient volcanic eruptions does not line up well with the geochemical clues that tell us about how some of Earth’s most profound mass extinctions occurred,” said Benjamin Black, assistant professor in CCNY’s Division of Science, whose expertise includes effects of volcanism on climate and mass extinctions.

The study by Black with his M.S. in geology student Ellen Gales, the lead author, is entitled “Carbonatites as a record of the carbon isotope composition of large igneous province outgassing.” It appears in the current issue of the journal “Earth and Planetary Science Letters,” and is a product of Gales’ thesis work.

The new data does not rule out volcanism as the culprit in driving past mass extinctions, the article points out. But it does conclude that there must have been something extra at work.

“Ellen’s work is new in that scientists have previously guessed what the geochemical fingerprint of CO2 from these giant eruptions might be, but our findings are some of the first direct measurements of this fingerprint,” said Black.

“Our finding challenges the idea that carbon from this kind of eruption might be special, and therefore capable of easily matching changes in the carbon cycle during mass extinctions.  It also helps us understand how volcanic eruptions move carbon—a key ingredient for life and climate—around inside the Earth and between the solid Earth and the atmosphere,” said Gales.

In addition, the CCNY research also offers insights into Earth’s current climate. “Right now, people are releasing large quantities of CO2 into the atmosphere. In a way, we are heading into almost uncharted territory,” noted Black. “This scale of CO2 release has only happened a few times in Earth’s history, for example during rare, enormous volcanic eruptions like the ones we studied.”

Consequently, Black pointed out, even though volcanic eruptions on the scale of these enormous volcanic provinces  are not expected any time soon, understanding the environmental changes triggered by prodigious volcanic CO2 release in the deep past is important for understanding how  Earth’s climate could change in the coming centuries.