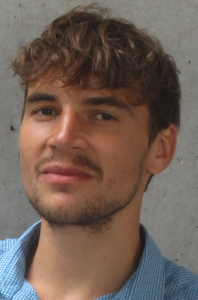 Thanks to a 2016 National Endowment for the Humanities award, Václav Paris, assistant professor of English at The City College of New York, is spending this semester working on a book on early 20th-century modernist prose.

“Epic after Evolution: Modernism’s National Narratives,” is the title of Paris’ NEH funded project. It is the second NEH grant in a year to a City College faculty member.

“The project involves research and writing leading to publication of a book on selected works of early 20th-century modernist prose,” said Paris, whose research will be conducted in the United States and Brazil.

It includes the study of the relationship between modernist examples of nationalist writing and evolutionary narrative. “The project asks how modernism in different parts of the world told stories of national development after World War I, when ideas of linear evolutionary progress came into question,” Paris added.