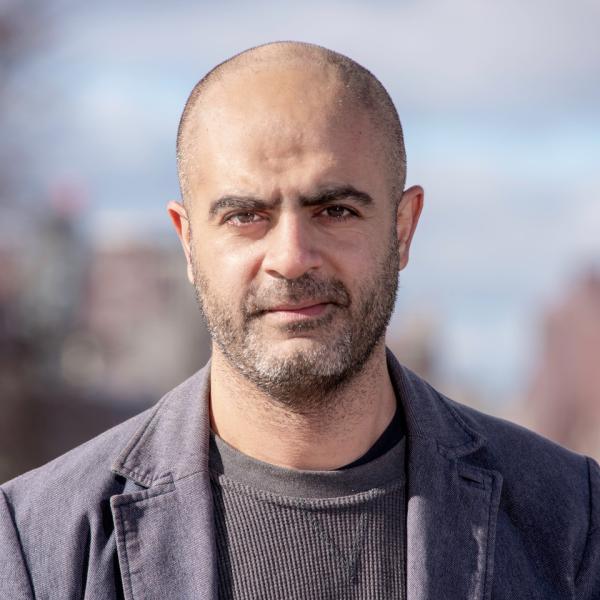 Amir A. Ahmadi, the critically acclaimed Iranian author and visiting professor in The City College of New York’s MFA in Creative Writing Program, discusses his latest novel ”Then the Fish Swallowed Him,” in City College’s new reading series Spotlight: “Writers on Iran” on Friday, Oct. 15. The Zoom event starts at 6:30 p.m. and is free to the public. Click here to register.

The New Yorker describes “Then the Fish Swallowed Him,” Ahmadi’s third novel, as "a depiction of how abstract political machinations crystallize into absurd, capricious violence.”

Ahmadi started his writing career in 2000 as a journalist in Iran. In Farsi, he has published  two novels “Cogwheels” and “Disappearance of Daniel”; a collection of stories (Fragments of a Crime), and a book of nonfiction on the state of Iranian literature in the new millennium “Graffiti on the Paper Wall.”  He also translated  novels by E.L Doctorow, Paul Auster, P.D. James, and Cormac McCarthy from English to Farsi.

Ahmadi switched to writing in English in 2012, and has published short stories and essays in numerous publications including The New York Times, The Guardian, London Review of Books, Massachusetts Review, Asymptote, and openDemocracy. He earned a PhD in comparative literature from the University of Queensland, Australia, and an MFA in creative writing from New York University.

Spotlight is a new series in CCNY’s Division of Humanities and the Arts engaging authors, writers and the public in the most pressing conversations of our time, through the lens of literature and the arts.