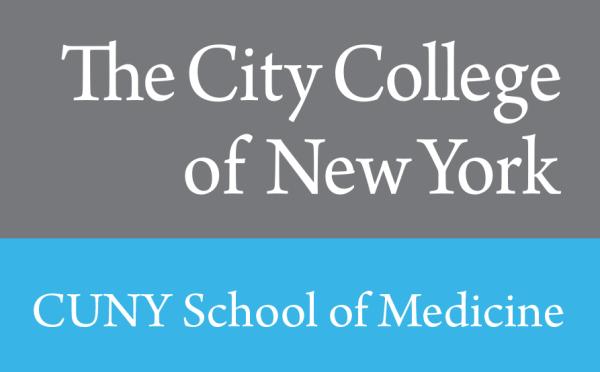 According to a new study by the CUNY School of Medicine at The City College of New York, Physicians for Human Rights (PHR), the CUNY School of Law and the CUNY Graduate School of Public Health & Health Policy, asylum seekers and other immigrants who obtained forensic medical evaluations were granted protection in the United States in 81.6 percent of cases facilitated by PHR between 2008 and 2018, nearly twice the national asylum grant rate of 42.4 percent during the same period.

A forensic medical evaluation performed by an independent clinician can document the physical or psychological consequences of the harms that asylum seekers and other immigrants endured or will endure if deported. This can bolster applicants’ claims to the U.S. government that they face a “well-founded fear of persecution” on account of their race, religion, nationality, political affiliation, or membership in a social group if forced to return to their countries of origin – a criterion for being granted asylum or other forms of protection in the United States.

“Forensic medical evaluations can provide scientific evidence that a person has suffered persecution and harm, improving the likelihood that those who seek refuge in the United States will be granted asylum or other forms of life-saving immigration relief,” said Holly G. Atkinson, MD, lead author, affiliate clinical professor at the CUNY School of Medicine, and an expert medical advisor at PHR. “But we face a dire shortage of trained clinicians who can provide trauma-informed evaluations and care to people fleeing persecution and pursuing safety in the United States. Our research paper should serve as a rallying cry to the medical community to better serve traumatized people who seek protections in the United States and to educate attorneys, adjudicators, and policymakers about the life-altering physical and psychological impacts of trauma that many applicants experience.”

Investigators from PHR, the CUNY School of Medicine, CUNY School of Law, and CUNY School of Public Health analyzed 2,584 cases of applicants who received forensic medical evaluations through the PHR Asylum Network between 2008 and 2018 and for whom case outcomes were known. Researchers found that 81.6 percent of case outcomes were positive, 12.1 percent were negative, and 6.3 percent were other, such as administrative closure. This compares to a national asylum grant rate of 42.4 during the same period. Among those who experienced positive outcomes, 73.7 percent were granted asylum and 26.3 percent received other forms of immigration relief, such as withholding of removal (deportation), U-visas (granted to victims of certain crimes and abuse in the United States) or convention against torture (CAT) relief (torture-related protections).

“Our study underscores why the United States immigration system must transform to one in which people are treated in a humane and rights-respecting way throughout the entire process, with asylum and other claims adjudicated through an objective, evidence-based, and trauma-informed approach,” said Kathryn Hampton, deputy director of the Asylum Program at PHR. “When available, a forensic medical evaluation can bring a trauma-informed method to better understand the harmful experiences applicants have gone through. We hope to inspire more medical-legal collaborations – like those at the heart of the PHR Asylum Network – to conduct more forensic medical evaluations, educate those in the legal system about the impacts of trauma, and – most importantly –  provide trauma-informed care for people seeking refuge in the United States.”

The sample size – the largest of its type analyzed to date – allowed researchers to identify which individual and case characteristics were correlated with outcomes. The applicants’ age, continent of origin, whether they were fleeing from sexual and gender-based violence (SGBV), gang violence, or persecution related to sexual orientation, and whether the applicants were detained in U.S. immigration detention facilities at the time of the forensic medical evaluation were all statistically significant correlates of case outcomes.

While the study cannot explain why certain factors were more likely to lead to positive or negative case outcomes, the researchers – with decades of combined experience in asylum representation, forensic medical evaluations, and asylum case management – offer potential interpretations of trends in the data. For example, younger applicants were more likely to experience positive outcomes than older applicants, potentially because of the unique vulnerability of children to persecution or due to immigration officials’ greater levels of sympathy for younger applicants. Applicants who fled persecution related to sexual and gender-based violence or their sexual orientation were also more likely to experience positive outcomes, potentially due to U.S. policy and legal developments before and during the 2008-2018 period, which created greater opportunities for survivors of gender-based violence or persecution based on sexual orientation to seek refuge through reformed United States asylum policy.

Conversely, applicants who fled gang violence or who were being held in a U.S. detention facility at the time of their forensic medical evaluation request had statistically significant lower odds of a positive case outcome. This finding reaffirms past documentation of the difficulties faced by those fleeing gang violence in making a fear-based claim, as well as the low chances for detained immigrants to prevail in their cases. This is likely a product of limited access to legal counsel for people detained in the U.S. immigration system, as access to representation remains the single biggest factor affecting case outcomes.

“While U.S. law states that an immigrant’s credible, persuasive, and specific testimony alone is sufficient to justify an asylum grant, our study illustrates that adjudicators have come to expect asylum-seekers to furnish forensic medical evaluations. Yet most applicants ensnared in the U.S. immigration system do not have access to an attorney, much less a forensic medical evaluator,” said Nermeen Arastu, co-principal investigator and professor of law at the CUNY School of Law, where she co-leads the Immigrant Non-Citizen Rights Clinic. “By requiring individuals to furnish such inaccessible evidence, the U.S. government has created greater disparities in grant rates along race and economic lines, setting up the most marginalized people to fail.”

For example, among the cohort studied, applicants from Africa were more likely to experience a positive outcome compared to South Americans – though this finding masks the substantial and well-documented challenges that Black asylum seekers face due to systemic racism in the U.S. immigration system. The findings reflect how U.S. adjudicators are less likely to find Black asylum seekers credible in their narratives unless they obtain hard-to-get legal counsel and supporting documentation like forensic medical evaluations to corroborate their testimonies. The differences in outcomes for applicants from different continents may also be influenced by the reasons they are seeking asylum, as those escaping gang persecution have lower grant rates than those fleeing sexual and gender-based violence.

Based on the study’s findings, the researchers offer six key recommendations:

The research paper builds on a landmark 2007 study by Stuart Lustig and colleagues showing significant differences in asylum grant rates between asylum seekers who received forensic medical evaluations and those applicants who did not.

Both the 2007 study and the new study relied on cases initiated by the PHR Asylum Network, which comprises more than 2,000 health professionals who conduct evaluations to document evidence of torture, ill-treatment, or abuse. Based on in-depth evaluations of asylum seekers, the trained clinicians prepare medical-legal affidavits that detail the applicant’s history of harm and any pertinent previous medical and/or psychological history; record evidence of physical findings and psychological sequelae of the harm; and comment on the degree of consistency between the clinical findings and the applicant’s narrative of abuse.

These affidavits are useful in the asylum process as they provide adjudicators with additional facts and evidence on which to base their decisions, often informing the adjudicators’ notions of the applicant’s credibility and influencing how they should exercise discretion to grant relief. The study also makes proposals about how the asylum system can better incorporate the latest medical evidence about the impacts of trauma on survivors’ functioning and mental health. For example, while memory lapses are a common adverse effect of trauma, immigration adjudicators often point to memory lapses or inconsistencies to cast doubt on applicants’ credibility and ultimately to reject their claims.