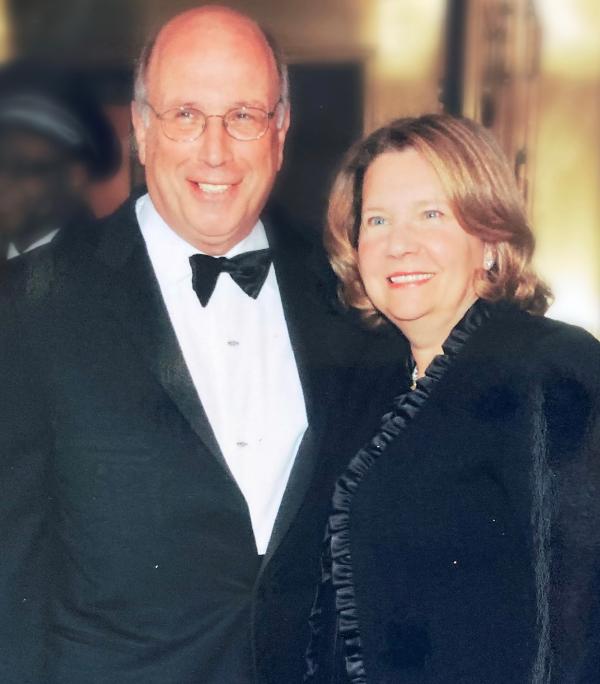 Sy and Laurie Sternberg have established the Sternberg Family Professor of Leadership at CCNY.

The City College of New York is pleased to announce the establishment of the Sternberg Family Professor of Leadership at the Colin Powell School for Civic and Global Leadership.

The endowed professorship is a gift from Seymour (Sy) Sternberg ’65, ’10 (hon.) and Laurie Sternberg and honors the late General Colin Powell. The Sternbergs originally established the Sternberg Lecture in Public Service at the Colin Powell School in 2014. It is designed to foster conversations about relevant public and policy related discussions and will be continued under the auspice of this new endowed professorship. The Sternberg Professorship will be held by a distinguished practitioner and scholar. Recruitment for the position will begin this summer. The person hired will play a central role in the development of a new Leadership Studies Program at the Colin Powell School and in the scaling of a range of student leadership development initiatives across the School and the College, fulfilling a key goal of the benefactors.

“I am extraordinarily grateful to Sy and Laurie Sternberg for investing in the potential for leadership studies at the Colin Powell School,” said Andrew Rich, the Richard J. Henley and Susan L. Davis Dean of the Colin Powell School. “The new Sternberg Family Professorship transforms our potential to scale efforts to serve students interested in leadership, and Sy Sternberg’s remarkable career provides a roadmap for how to turn a CCNY education into a successful career at the highest levels of leadership. My thanks to Sy and Laurie for their generosity, vision, and leadership.”

“It was my privilege to work closely with General Powell for so many years in the creation and growth of the School that bears his name. Like General Powell, I owe much of my success to the great foundation I received at City College,” said Sternberg. “It all started here for me, so I am pleased to be able to provide opportunities for students to develop and enhance their leadership skills, and to get the fabulous education that I got.”

Sy Sternberg was the longest-serving chairman of the board of New York Life Insurance Company, the largest mutual life insurance company in the United States and one of the largest life insurers in the world. He was appointed chairman in 1997 and retired in 2009. He served concurrently as chief executive officer until 2008.

A member of the Colin Powell School Board of Visitors since the School’s inception, he has been generous to his alma mater, having facilitated one of the first (and still one of the largest) investments ever at CCNY: $10 million for The New York Life Endowment for Emerging African American Issues in 2010. He has also served City College and City University as a member of the City College 21st Century Foundation Board and the Colin Powell Center for Policy Studies Advisory Council, and as chair of the CUNY Business Leadership Council. The Sternberg Family Professor of Leadership reflects combined donations of $2 million from Sy and Laurie Sternberg. In addition, Sy Sternberg created the Sy Sternberg President’s Fund for Excellence, which allows CCNY to support significant projects of benefit to the College and the larger community. He was also an early supporter of the Macaulay Honors College, providing a $2 million donation in 2006.