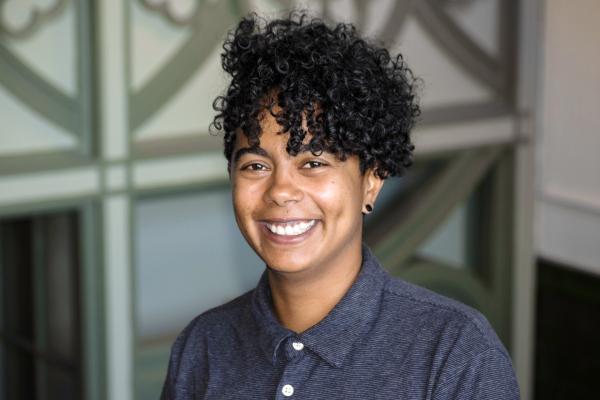 Ley Comas is one of the recipients of the Ostrovsky Family Fund Award in honor of Chantal Akerman. 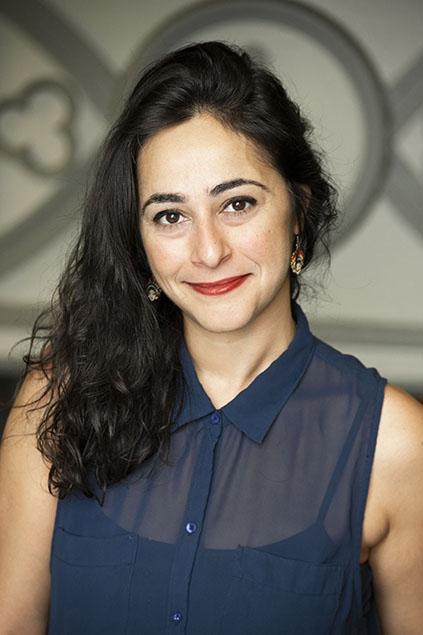 Maggie Kamal Girgis is also a recipient of the Ostrovsky Family Fund Award in honor of Chantal Akerman.

The City College of New York’s MFA in Film Program students Maggie Kamal Girgis and Ley Comus are both recipients of the first-ever Ostrovsky Family Fund Award in honor of Chantal Akerman. This year's winners receive up to $4000 that will go toward their film production expenses.

Chantal Akerman was an internationally celebrated Belgian experimental filmmaker and served as Distinguished Lecturer in Film at CCNY from ‎2011-2015.  In honor of her memory and impact, the Ostrovsky Family Fund developed the award to help support the thesis film projects of second-year MFA students.

Students competed by presenting their film pitch to an independent jury of film professionals. The judges identified which proposals best reflect the bold and innovative approach that distinguishes Akerman's body of work.

The award ceremony took place at Cityvisions, a graduation film festival for the MFA Program in Film. The award ‎ provides a significant head start for students who are tasked with raising monies for their thesis film financing.

"This support not only encourages our students but also reminds all participants about the enduring impact of Chantal's work and her time at City College," said Andrea Weiss, co-director of the MFA in Film Program, who worked closely with the Ostrovsky Family Fund to craft the award.

About The City College of New York
Since 1847, The City College of New York has provided a high quality and affordable education to generations of New Yorkers in a wide variety of disciplines. CCNY embraces its role at the forefront of social change. It is ranked #1 by the Harvard-based Opportunity Insights out of 369 selective public colleges in the United States on the overall mobility index. This measure reflects both access and outcomes, representing the likelihood that a student at CCNY can move up two or more income quintiles. In addition, the Center for World University Rankings places CCNY in the top 1.2% of universities worldwide in terms of academic excellence. More than 16,000 students pursue undergraduate and graduate degrees in eight professional schools and divisions, driven by significant funded research, creativity and scholarship. CCNY is as diverse, dynamic and visionary as New York City itself.  View CCNY Media Kit