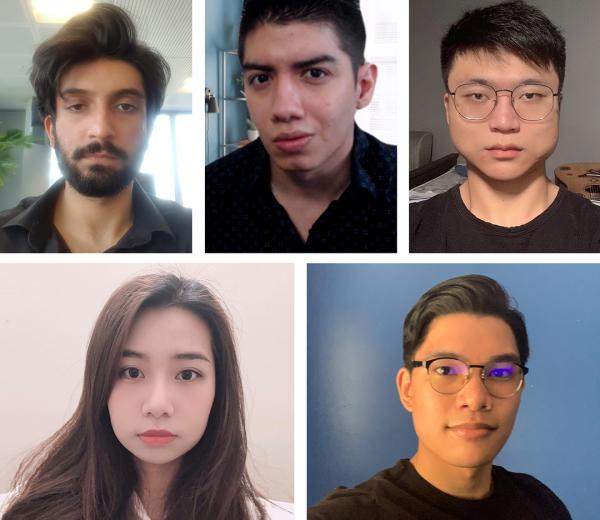 Participants were presented with aerial images of disaster areas taken by aircraft or satellites and asked to survey the impact. “Instead of manually assessing the damage to come up with the most appropriate disaster relief plans, government agencies would like to exploit AI/ML techniques to effectively speed up the relief process,” said Jie Wei, CCNY computer science professor and the team’s co-advisor.

Zhigang Zhu, Herbert G. Kayser Professor of Computer Science, at City College who’s also on the faculty of the Computer Science PhD Program at the Graduate Center, CUNY, was the team’s other co-advisor.

Using cutting-edge deep learning techniques, the CCNY team was able to reduce the data and computational complexity in the analysis of the overhead images by order of magnitude.

According to Wei, they were, among other things, “able to develop two pix2pix Generative Adversarial Networks (GAN) with novel architectures to augment data with desired size and nature, a contrastive deep learning network that can learn from both pre- and post-disaster images, and a transfer learning network by use of information fusion that can transfer and fuse knowledge from larger data sets, resulting in a system dubbed CLIFGAN (Contrastive Learning Information Fusion GAN).”

The virtual hackathon was organized by the U.S. Air Force, Univ. of Wisconsin Madison and the Toyota Technological Institute at Chicago.