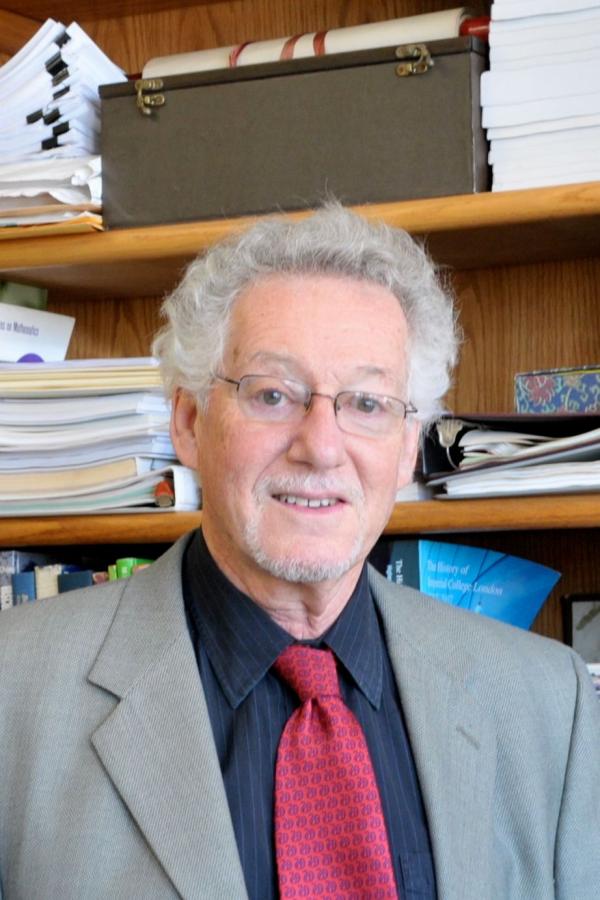 Sheldon Weinbaum, Professor Emeritus at CCNY, is the recipient of a 2022 Benjamin Franklin Medal in Biomedical Engineering from The Franklin Institute.

Dr. Sheldon Weinbaum, Professor Emeritus in The City College of New York’s Grove School of Engineering, is the recipient of a 2022 Benjamin Franklin Medal in Biomedical Engineering from The Franklin Institute. Past recipients include Nikola Tesla, Marie and Pierre Curie, Thomas Edison and Albert Einstein. More than 120 Franklin Medalists have gone on to  receive the Nobel Prize.

“As a Franklin Institute laureate, you join a group of the most esteemed scientists and engineers of the past two centuries,” said Darryl Williams, senior vice president, Science and Education, at The Franklin Institute. “This extraordinary legacy dates back to the 1820s and includes such luminaries as Nikola Tesla, Marie and Pierre Curie, Thomas Edison, Niels Bohr, Max Planck, Albert Einstein, Marshall Nirenberg, Stephen Hawking, Ralph Cicerone, Jane Goodall, Elizabeth Blackburn, Jim Allison, and Frances Arnold, to name a few.”

Since 1824, The Franklin Institute of Philadelphia has honored the legacy of Benjamin Franklin by presenting awards for outstanding achievements in science, engineering, and industry. As the oldest comprehensive science and technology awards program in the United States, The Franklin Institute Awards Program has recognized more than 2,000 of the most pioneering scientists, engineers, inventors, and innovators from across the globe.

The Franklin Institute cited Weinbaum for his “foundational contributions to our understanding of heat flow among arteries, veins, and capillaries in the body, increasing our knowledge of cardiovascular disease and leading to life-saving technologies.”

Weinbaum’s award, which includes a gold medal and a $10,000 honorarium, will be presented at the 2022 Franklin Institute Awards Ceremony and Dinner on Thursday, May 5, 2022.

This is Weinbaum’s second high profile award in a year. In 2020, the former CUNY Distinguished Professor of Mechanical and Biomedical Engineering at City College and the Graduate Center, CUNY, was one of 12 recipients of the Presidential Award for Excellence in Science, Mathematics, and Engineering Mentoring (PAESMEM) from the White House. The awards are America’s highest honor for mentors who work with underrepresented groups to develop fully the nation's human resources in STEM.

About Sheldon Weinbaum
Sheldon Weinbaum has received several of the most prestigious awards and honors in science and engineering. He is one of a few people that belong to all three National Academies: Engineering (NAE), Medicine (IOM), and Sciences (NAS).  He was elected to the NAS and the IOM in 2002, and was in the same year named a Guggenheim Fellowship recipient in molecular and cellular biology, the first engineer to ever receive a Guggenheim in this category. His election to the NAE was in 1996. The founding Director of CCNY’s New York Center for Biomedical Engineering (1994-99), Weinbaum was in 1985 awarded a $300,000 “Special Creativity” grant by the National Science Foundation for the research that led to the discovery at the cellular level of the endothelial pore for LDL cholesterol. In 1994, he shared the Research Award of the European Society of Biomechanics and also received the H. Lissner Award of the American Society of Mechanical Engineers (ASME). This is the highest honor given out by the Bioengineering Division of the ASME.  In addition, ASME in 1996 presented him with the Melville Medal, its highest literature award for an original research contribution. Weinbaum received the Classic Paper Award of the Heat Transfer Division of ASME in 2000 for co-authoring the Weinbaum-Jiji bioheat equation. He is a Fellow of the American Physical Society, a Founding Fellow of the American Institute for Medical and Biological Engineering and a Fellow of ASME. He received his B.A.E. from Rensselaer Polytechnic Institute in 1959 and an M.S. in applied physics and Ph.D. in engineering from Harvard University in 1960 and 1963, respectively.

About The Franklin Institute
Founded in honor of America’s first scientist, Benjamin Franklin, The Franklin Institute is one of the oldest and premier centers of science education and development in the country.  Today, the Institute continues its dedication to public education and creating a passion for science by offering new and exciting access to science and technology in ways that would dazzle and delight its namesake.