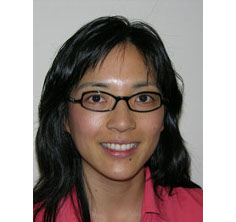 The City College of New York’s Leslie Paik has been named lead editor for the American Sociological Association's (ASA) Rose book series. “I am especially proud to be part of this series,” said Paik, a sociology professor in the Colin Powell School for Civic and Global Leadership, “because it features innovative sociological research with significant policy relevance on a wide range of topics such as economic inequality, the environment, race and ethnic relations, and justice reform.”
The ASA Rose Series in Sociology chose the City University of New York to be its new editorial home, starting January 2018 for a three-year period. The editorial team, to be led by Paik, includes five other editors on a three-year tenure that officially starts in January 2018.
"We are delighted to have the ASA Rose Series editorship come to CUNY,” said Paik. “This series strives to make the most cutting edge research in sociology accessible to multiple audiences across the academy, policy world and general public alike. I am looking forward to honoring and continuing that tradition in the years to come."
Paik’s fellow CUNY editors are: Amy Adamczyk (John Jay College of Criminal Justice and the Graduate Center, CUNY), Richard Alba (the Graduate Center, CUNY), Lynn Chancer (Hunter College and the Graduate Center, CUNY), Nancy Foner (Hunter College and the Graduate Center, CUNY) and Philip Kasinitz (the Graduate Center, CUNY).
The ASA is the nation’s main sociological professional association and volumes published in the Rose Series have recently been recognized with such honors as the Grawemeyer Award for the Best Book in Education and the Otis Dudley Duncan Award for Outstanding Scholarship in Social Demography.
Paik who teaches courses at CCNY and the CUNY Graduate Center on social problems, law and society, deviance, and juvenile justice, called her selection as leading editor “a prestigious honor.”
About The City College of New York
Since 1847, The City College of New York has provided low-cost, high-quality education for New Yorkers in a wide variety of disciplines. Today more than 16,000 students pursue undergraduate and graduate degrees in eight professional schools and divisions, driven by significant funded research, creativity and scholarship.  Now celebrating its 170th anniversary, CCNY is as diverse, dynamic and visionary as New York City itself.  View CCNY Media Kit.