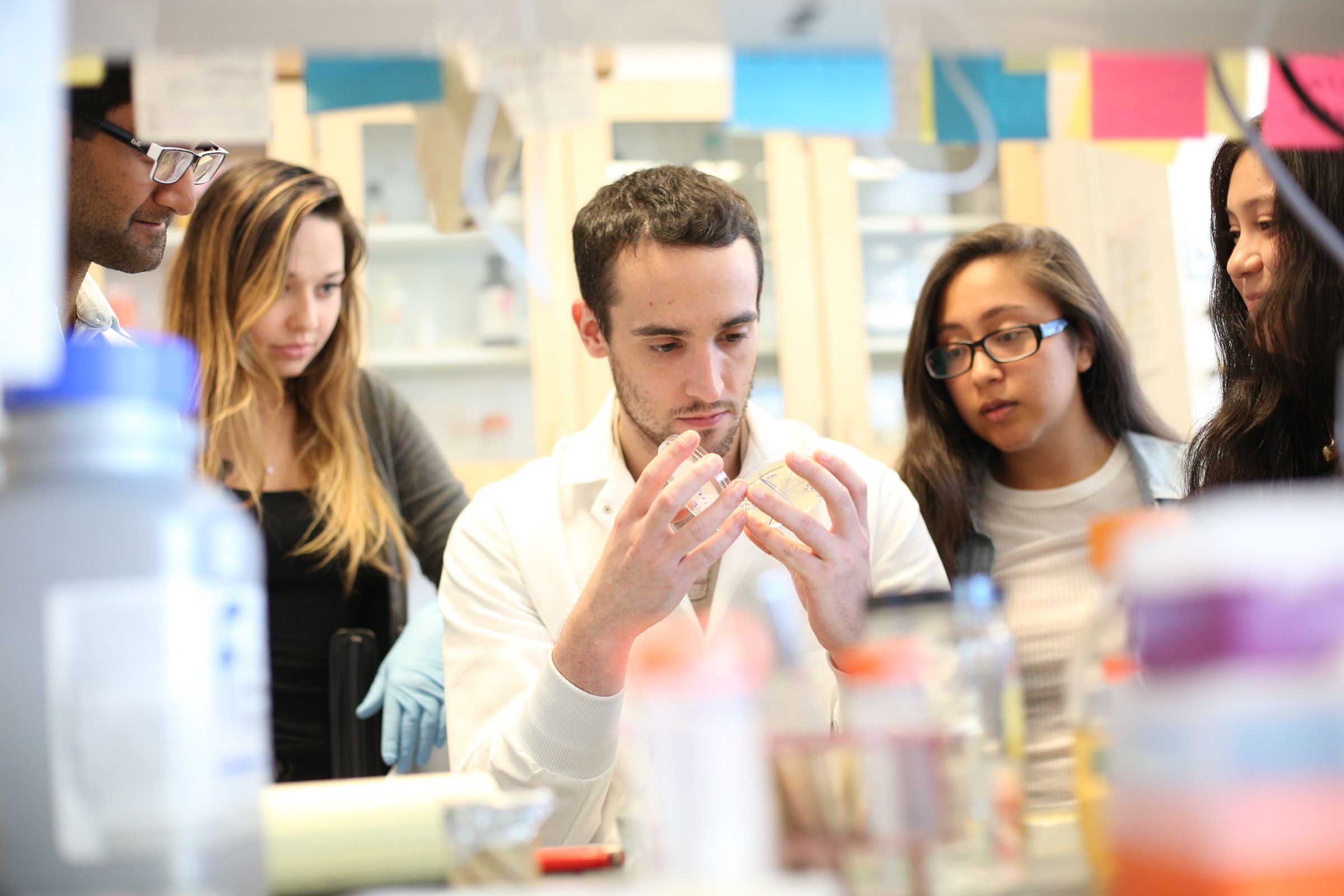 Science majors at CCNY, one of the top research universities nationally for undergraduates according to AcademicInfluence.com.

If you are an undergraduate seeking research options in STEM fields (science, technology, engineering and mathematics), look no further than The City College of New York. Using its unique and innovative InfluenceRanking Engine, AcademicInfluence.com lists City College among its 50 Best Research Universities in the U.S. for Undergraduates.

CCNY shares top billing with universities such as American, Boston, Brandeis and Brown for their excellence as research institutions of note for undergraduates.

Other top ranked schools include:

“The schools in these results emphasize delivering research capabilities to their undergraduate students, and their influence proves they do it exceptionally well,” said Jed Macosko, academic director at AcademicInfluence.com and a professor of physics at Wake Forest University. “If you want to be hands-on, these leading undergrad research institutions are worth your consideration."

According to AcademicInfluence.com, the power of its proprietary InfluenceRankings Engine is its ability to scour the web and measure the actual influence of thought leaders and top researchers among higher education faculty.  The outcome, AcademicInfluence.com points out, are rankings that reflect a more accurate tracking of real-world influence than previously possible in college rankings.

AcademicInfluence.com comprises a team of academics and data scientists working to provide an objective, non-gameable influence-based ranking for the people, schools, and disciplines that make up higher education. With its college strategist, desirability score, and custom college rankings, AcademicInfluence.com helps students to discover the most influential higher education institutions.

This AcademicInfluence.com ranking is further recognition of the quality of science education at City College. In August 2020, CCNY was named a top producer of physics graduates nationally by the American Institute of Physics. It was ranked joint #8 among master’s-granting departments averaging 15 or more physics bachelor’s degrees per year, between the Classes of 2016 and 2018.