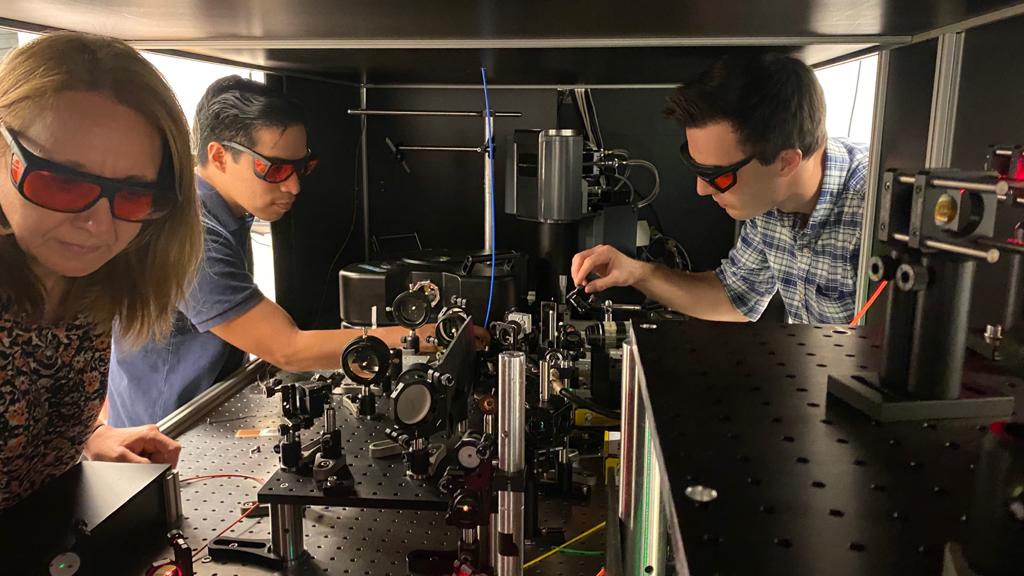 Division of Science students at CCNY, a top producer of physics undergraduates in the U.S.

A top producer of physics graduates nationally, The City College of New York is among 23 elite partner institutions in a five-year $115 million Quantum Information Science (QIS) project led by the Long Island-based Brookhaven National Laboratory. The U.S. Department of Energy (DOE) funded project is one of five such QIS research centers being set up in the United States.

“Supporting the National Quantum Initiative Act, these interdisciplinary, multi-institutional centers will facilitate the advancement of QIS technology. Realizing the full potential of quantum-based applications in computing, communication, and sensing will benefit national security, economic competitiveness, and leadership in scientific discovery,” announced the DOE.

Brookhaven Lab will lead the Co-design Center for Quantum Advantage (C2QA), which will focus on quantum computing. Comprising several national labs, research centers, universities, and industry, the C2QA team will build the fundamental tools necessary for the U.S. to create quantum computers that provide a true advantage over their classical counterparts.

City College and other world class experts in QIS, materials science, computer science, and theory will work together to resolve performance issues with today’s quantum computers by simultaneously designing software and hardware (co-design). Their goal is to achieve quantum advantage in computations for high-energy and nuclear physics, chemistry, materials science, condensed matter physics, and other fields. Quantum advantage refers to a quantum computer outperforming a classical computer on a useful task.

“Our work will leverage the expertise we have on defects in semiconductors (such as the nitrogen-vacancy center in diamond),” said Carlos A. Meriles, Martin and Michele Cohen Professor of Physics in CCNY’s Division of Science, where he’s led groundbreaking research.

“We will be contributing to different fronts, starting with the use of these defects as local probes to investigate the physical properties of superconducting qubits and, ultimately, improve their properties. We will also explore alternative material systems hosting point defects that can serve themselves as qubits or as quantum memories of other, shorter-lived qubits,” he added.

CCNY enters the QIS project as one of the top producers of physics graduates in the nation, according to the American Institute of Physics’ (AIP) latest survey of Enrollments and Degrees. AIP lists CCNY joint #8 among master’s-granting departments averaging 15 or more physics bachelor’s degrees per year, between the Classes of 2016 and 2018.

"And CCNY's output of physics bachelors continue to grow. The Class of 2020 had 25 graduates from the department, said Vinod M. Menon, professor and chair of physics."