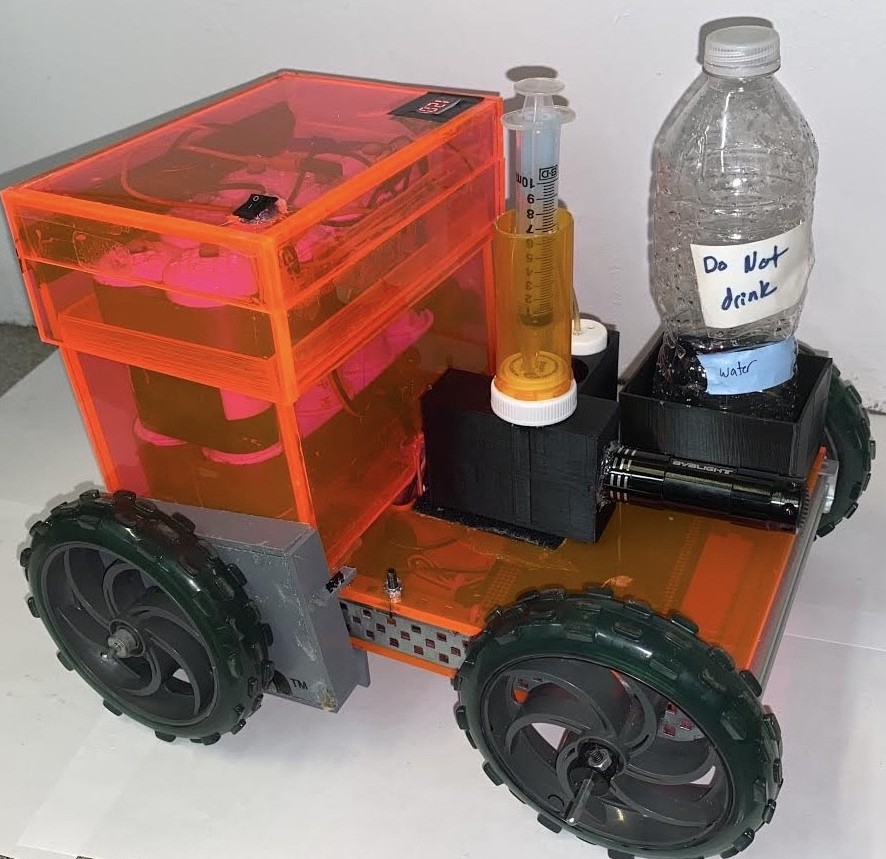 The result maintains the City College Grove School of Engineering’s reputation as a top performer in the international event. Student teams  qualify for the finals by excelling in regional competitions.
Manganese Prime secured CCNY’s seventh consecutive trip to the finals –- held at the Hyatt Regency Orlando this year -- with a top four finish at the AIChE Mid-Atlantic regionals at Penn State University in April.

The objective of the Chem-E-Car competition is for students to build a car, the size of a shoebox, which runs and stops at a precise distance via one or more chemical reactions.
Manganese Prime was tasked to carry 450ml of water over a distance of 25 meters. The vehicle stopped 33centimeters from the target distance on its first run. The winning team was Virginia Tech, whose entry came to a halt 9  cm short, with Missouri University of Science and Technology (19 cm) second and University of North Alabama (23 cm) third.
Kelvin Leo and Ann Tangsamphan, both juniors majoring in chemical engineering, captained the CCNY team.

Other CCNY team members (all chemical engineering majors unless indicated) were:

In CCNY's six previous trips to the Chem-E-Car Competition®, “Zincotron” placed third last year and won the Spirit of Competition Award in Pittsburgh. There was also a second place finish in 2013 with “REAKTER,” and Spirit of Competition awards in 2014 with “Grover,” 2015 with “RuSTi,” in 2016 with “Iodonator” and in 2017 with “Sulfurious.”

Ilona Kretzschmar, chair of the chemical engineering department in the Grove School and Chem-E-Car team faculty advisor, thanked the CCNY-based CUNY Energy Institute for its support of the team.  Manganese Prime is powered by a Zn/MnO2 battery developed by Michael Nyce in the Institute. Nyce also provided training and technical support to the team.

Grove School alumni, including Peter Compo and Carl Liggio, sponsored the trip.
According to AIChE, the competition increases awareness of the chemical engineering discipline among the public, industry leaders, educators, and other students.