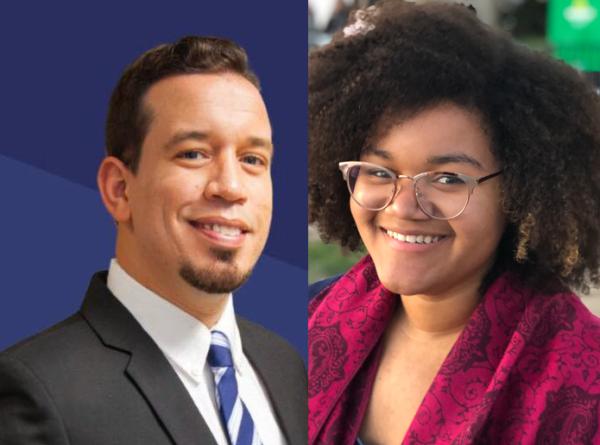 Michael A. Cruz, a 2015 graduate of the Colin Powell School for Civic and Global Leadership at The City College of New York, is one of 45 applicants nationwide awarded Charles B. Rangel International Affairs fellowships by the United States Department of State after a highly competitive process. Administered by Howard University, the Rangel program provides Fellows with up to $95,000 in benefits to prepare for a career in the U.S. Foreign Service.

A second Colin Powell School graduate, Simone Jones from the Class of 2019, is an alternate for a Thomas R. Pickering Foreign Affairs Fellowship. This program is also State Department-funded and administered by Howard University to attract and prepare outstanding young candidates for Foreign Service careers.

About Michael Cruz
Raised in the Highbridge Section of the Bronx, for decades one of the poorest communities in America, Cruz’ experience at CCNY and afterwards prepared him well for the Foreign Service track that he is embarking on. Before receiving his bachelor’s degree in political science from the Colin Powell School, he traveled twice to Brazil and once to South Korea on study tours. He also participated in a service-learning program in the Dominican Republic.

Cruz joined the Peace Corps after CCNY and spent 2016-2018 in Peru as a youth development volunteer. He’s currently a Placement Officer at Peace Corps Headquarters in Washington, D.C.

As Rangel Fellows, Cruz and his peers will undergo two years of graduate study, internships, mentoring, and professional development activities.  They will enter the Foreign Service as Foreign Service Officers upon graduation.

Foreign Service Officers have an option to choose career tracks of their interest, and Cruz’ include consular affairs, economic affairs, management affairs, political affairs, and public diplomacy. “I am interested in researching the root causes of migration and aim to inform policies that will strengthen the U.S. economy and the economies of our global partners,” he said.

About Simone Jones
A double major at CCNY, Jones graduated with a BA in international studies and Black studies.

The Manhattan resident served as a Peace Corps volunteer in Benin, West Africa, after graduation but was evacuated back to the U.S. at the outbreak of the Covid pandemic.

As a Pickering alternate, Jones is eligible to replace any first pick who is unable to start the program. She is currently a program associate at the Astraea Lesbian Foundation for Justice in Manhattan.