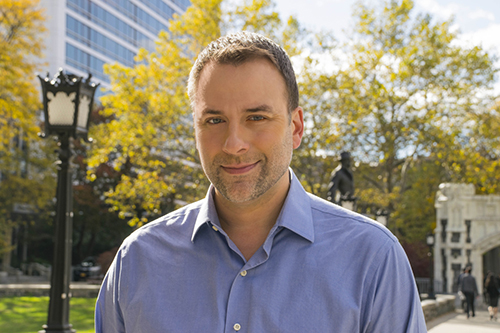 CCNY's biology professor David Lohman is co-author of a landmark paper on butterflies.

David Lohman, associate professor of biology at The City College of New York’s Division of Science, is co-author of a landmark paper on butterflies  “An illustrated checklist of the genus Elymnias Hübner, 1818 (Nymphalidae, Satyrinae).” Lohman and his colleagues from Taiwan and Indonesia revise the taxonomy of Asian palmflies in the genus Elymnias in light of a forthcoming study on the butterflies’ evolutionary history.

The scientists discovered numerous cryptic species–two or more species erroneously classified as one species–as well as single species mistakenly described as two or three. Frequently, species discriminated with genetic data are each others’ closest relatives, but can be distinguished by stark genetic differences; this suggests a lack of interbreeding—a hallmark of species distinctiveness.

However, in Elymnias, Lohman and his associates found that cryptic species were unrelated to each other and resulted from a novel cause: mimicry. Different species on different islands of the Indo-Australian Archipelago frequently evolved to resemble a single, widespread model species, and different Elymnias species therefore evolved to resemble each other. Lohman and his colleagues conducted the comprehensive phylogenetic study using DNA sequence data from over 200 specimens representing nearly every species of Elymnias.

In addition, the team visited more than a dozen museums to study and photograph hundreds of specimens, and obtained additional material from fieldwork and many private collections. More than 100 male and female specimens were dissected to assess genitalic differences and distribution information was collected from dozens of sources to provide distribution maps of every subspecies.

Lohman studies the ecology, evolution, and biogeography of insects in the Old World tropics using a combination of field ecology and molecular phylogenetic methods.