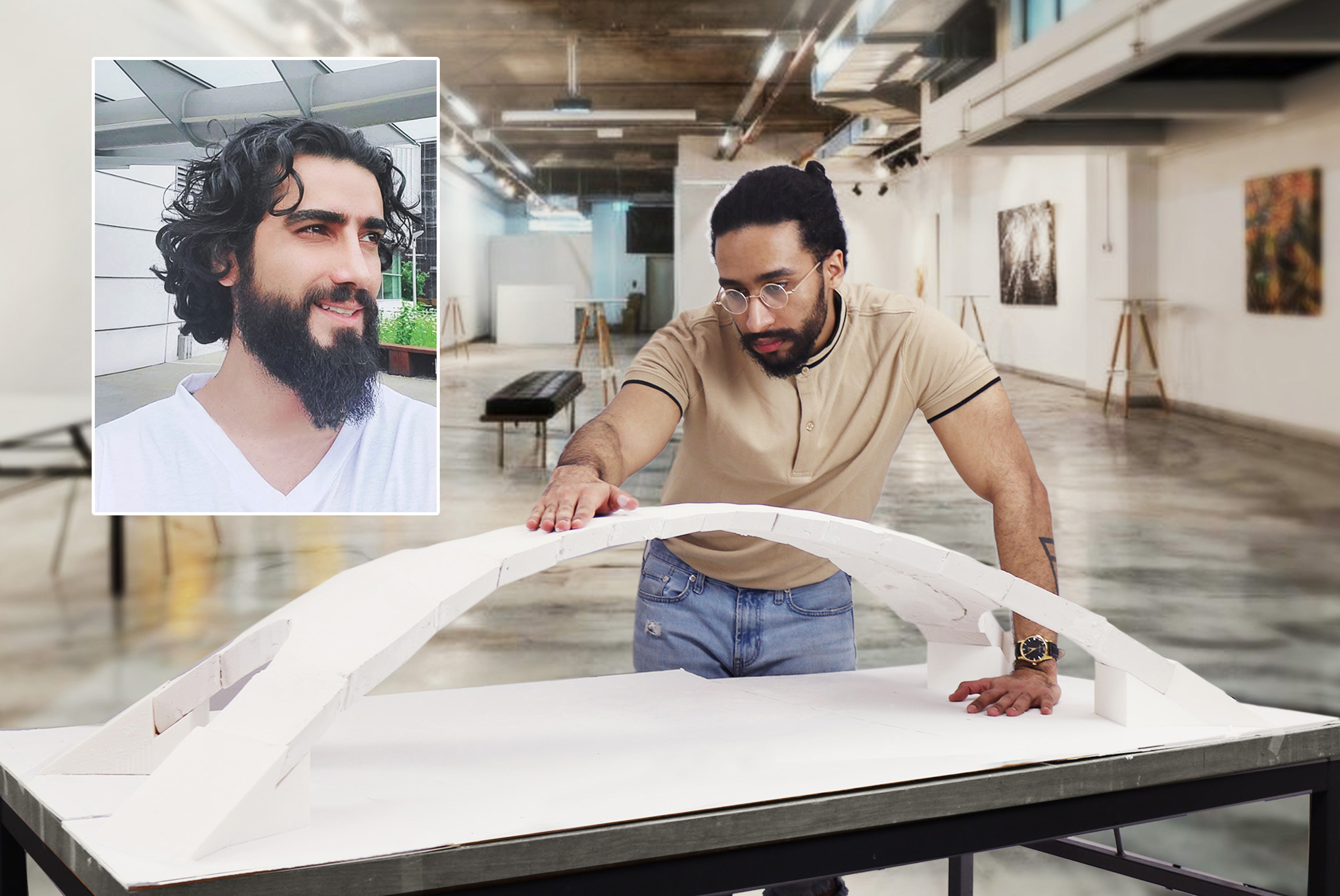 For centuries experts have pondered over one of Leonardo Da Vinci’s most intriguing and yet unconsummated projects: the Galata bridge whose double-curvature arch design, ca. 1502-1503, was so futuristic it was rejected as risky.

While MIT researchers have proven the structural feasibility of the design, Bolhassani and his team attempt -- more than 500 years later -- to deconstruct the great inventor and artist’s mind in designing what, at 240 meters (790 ft), would have been the world’s longest bridge then. Their research yields unique findings.

Did the Renaissance polymath have uncanny knowledge of creating stable and efficient forms, knowledge only recently developed using a computational framework based on the principle of geometrical equilibrium in 3D?  Was his sketch of the bridge just free hand, something he had done in seconds, or did Da Vinci possess an intuition more than five centuries ahead of his time?

“Although most historians believe he had no mathematical or geometrical calculation in his design, our study proves otherwise!” said Bolhassani. “Through rigorous analysis of Da Vinci's design, we have found that he had intuitively drawn his sketch according to the principles of geometric design that was developed in 2D almost 400 years after his time and just recently in a 3-dimensional manner with the help of computational frameworks.”

Da Vinci’s double-curvature arch design was a radical departure from the semi-circular arches that were conventional for bridges then. He described his planned bridge as being as tall as a building so that it would have allowed ships to sail underneath it without obstruction.

Commissioned by an Ottoman Sultan, the bridge would have connected Istanbul to the neighboring city of Galata. The Ottoman Emperor ultimately rejected Da Vinci's design, calling it a “risky endeavor.”