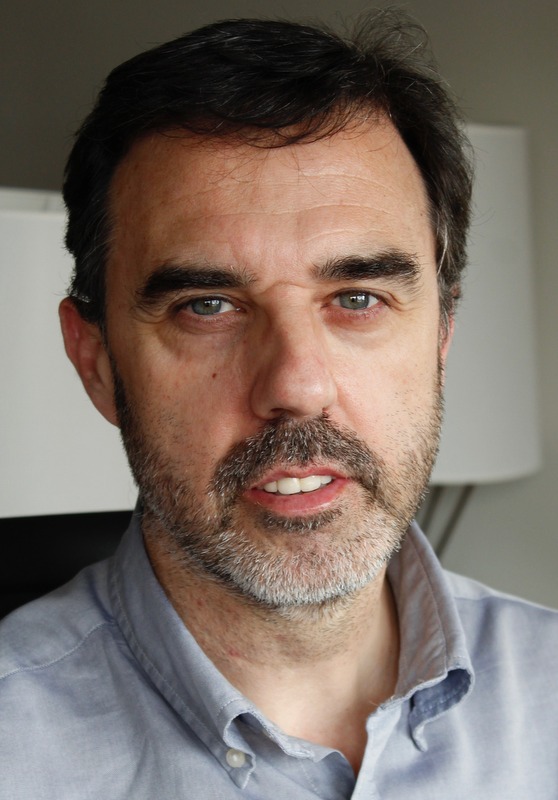 Francisco Garcia-Vidal, one of the top physicists in the world, is a Fulbright Visiting Scholar at CCNY this semester.

In a further boost to two-dimensional materials research at The City College of New York, noted Spanish physicist Francisco J. Garcia-Vidal is spending the spring semester at CCNY as a Fulbright Visiting Scholar. A professor at Universidad Autonoma de Madrid, Garcia Vidal is one of the world’s foremost researchers and influential authors in physics.  His Fulbright project is entitled: “Polaritonics with 2D Materials.”

“It demonstrates the high caliber of our scientists and their collaborative natures that preeminent physicists like Dr. Garcia-Vidal chose City College to do his cutting edge research,” said Susan L. Perkins, Dean, Division of Science at CCNY. “It’s an honor for us.”

Garcia-Vidal is attached to CCNY physicist Vinod M. Menon’s lab that has achieved several breakthroughs in recent years. Menon’s research in light-matter interaction at the nanoscale has advanced the field of photonics.

Garcia-Vidal’s theoretical research is to analyze, from a fundamental perspective, the interaction between light and two-dimensional (2D) materials made of transition metal dichalcogenides.

“These 2D materials present unique opto-electronic properties that make them excellent candidates for becoming building blocks of future solar energy converters, photodetectors and light emitting devices,” he said. “The experimental group led by Prof. Vinod Menon at The Center for Discovery and Innovation is one of the leading groups working in this field of research and I thought that a combined theory-experiment effort could find new avenues for research in this very promising area.”

Garcia-Vidal felt the lure of CCNY after a previous collaboration with Menon’s  team in March 2017.

“I was really impressed by the lively atmosphere and the excellence in research,” he noted. “This is why I decided to choose CCNY when I applied last year for a Fulbright visiting scholarship, and also to strongly recommend my son, Jaime Garcia Ricote, to come here for undergraduate international studies at Colin Powell School.”

Jaime is a freshman in CCNY’s Colin Powell School for Civic and Global Leadership.