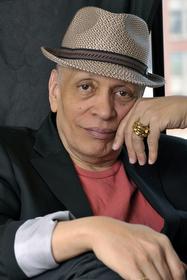 Best-selling author Walter Mosley, who graduated from City College with a master's degree in creative writing, will receive the Langston Hughes Medal from his alma mater.

The Medal is awarded to highly distinguished writers from throughout the African American diaspora for their impressive works of poetry, fiction, drama, autobiography and critical essays that help to celebrate the memory and tradition of Langston Hughes. Established in 1978, the Langston Hughes Festival celebrates and expands upon the literary legacy of the poet laureate of Harlem, James Langston Hughes.

Mr. Mosley, who earned a master's degree in creative writing from CCNY in 1991 and was awarded an honorary Doctor of Humane Letters degree at the 2004 Commencement, is the author of more than 40 acclaimed books, which have been translated into 21 languages. He is best known for the Easy Rawlins detective mystery series, the first of which, "Devil in a Blue Dress," was made into a movie starring Denzel Washington.

The award presentation is part of an evening that will include a musical tribute by famed bassist Ron Carter and a talk between Mr. Mosley and radio personality Terrance McKnight, host of WQXR's Evening Music. In addition, novelist Edwidge Danticat, the 2012 Langston Hughes medalist, will salute Mr. Mosley.
The evening ceremony, also in the Marian Anderson Theatre, is entitled, "Walter Mosley, Unbound and Unrestricted: (A Master Writer of Many Genres)."

Earlier that day, a symposium, "Detectives, Mysteries in an African-American Context," will be held at 2:30 p.m. in Shepard Hall Room 250.