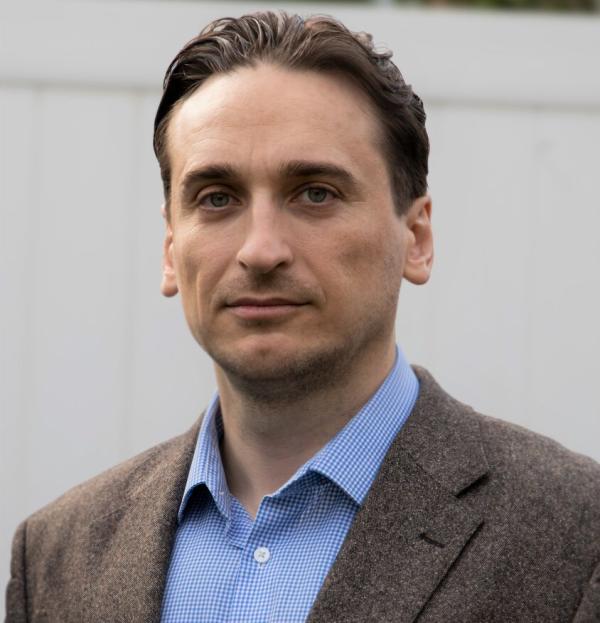 Pioneering CCNY physicist Alexander Khanikaev can add the NSF's most prestigious honor, the Special Creativity Award, to his list of accolades.

City College of New York physicist Alexander Khanikaev is the recipient of the National Science Foundation’s rarely given Special Creativity Award. The honor from the Division of Materials Research (DMR) recognizes what the NSF cites as Khanikaev’s “excellent research, productivity, and impact on topologically nontrivial photonic systems and nonlinear photonic nanostructures and plasmonic metamaterials, as well as the broader impacts emanating from a current NSF project.”

Recipients of the award, who are considered the most creative of investigators, receive an automatic two-year extension of their grant in which the award-winning research was performed and freedom to work on research topics of their choosing during the period of the extension. In Khanikaev’s case, that will also include $300,000 in additional NSF funding for his project “Novel Aspects of Topological Photonics in Open Optical Systems: Non-Hermiticity and Fano-Resonances.”

Topological photonics, a relatively new subject of research pioneered by Khanikaev, promises to revolutionize approaches to manipulate electromagnetic waves from radiofrequencies to optics, which can benefit a broad range of applications from lasers and telecommunications to quantum computing. The Creativity Award recognizes nonorthodox approaches put forward by Khanikaev in his original proposal to control light to enable such novel applications and outstanding outcomes emanating from the project.

The Special Creativity accolade adds to Khanikaev’s distinctions. Last fall, his groundbreaking research at City College earned him election as a Fellow Member of The Optical Society of America (OSA), the foremost professional association in optics and photonics, globally. Fellow membership in OSA is limited to no more than ten percent of the membership and is reserved for members who have served with distinction in the advancement of optics and photonics.

A scientist whose photonics work in metamaterials – specifically in topological photonics – is considered by OSA as one of the most important breakthroughs in the field, Khanikaev is one of 118 new members from 24 countries in OSA’s 2021 Fellows Class. It includes scientists from universities and research centers in North America, Europe, the Middle East, Asia, Australia and Africa.