Physicist Peter Delfyett ’81, is elected to the National Academy of Engineering | The City College of New York Skip to main content

Physicist Peter Delfyett ’81, is elected to the National Academy of Engineering

< Home / News / Physicist Peter Delfyett ’81, is elected to the National Academy of Engineering 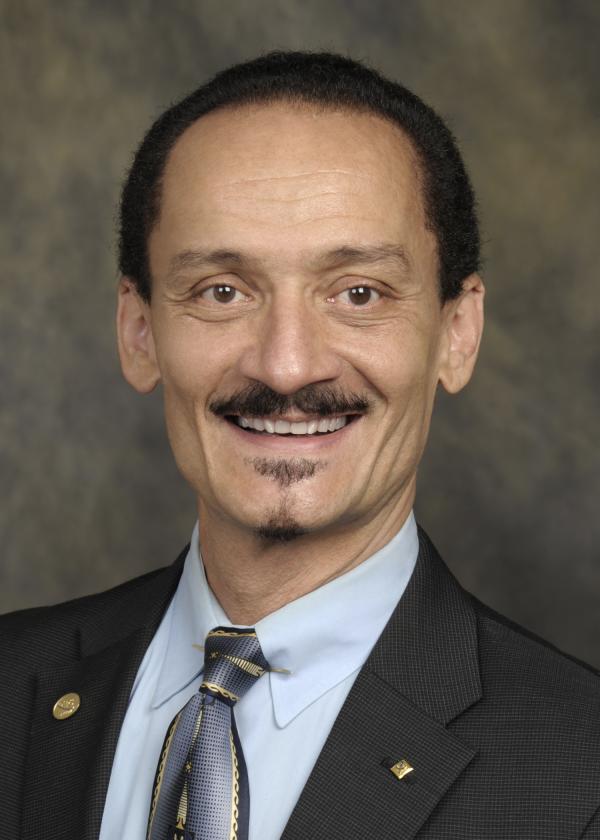 CCNY alumnus Peter Delfyett has been elected to the National Academy of Engineering.

City College of New York alumnus Peter J. Delfyett, Jr., a pre-eminent ultrafast photonics researcher from the Class of 1981, is one of 106 new members and 23 international members elected to the National Academy of Engineering (NAE). This brings the total U.S. membership to 2,355 and the number of international members to 298, NAE President John L. Anderson announced.

Election to the NAE is among the highest professional distinctions accorded to an engineer. Academy membership honors those who have made outstanding contributions to "engineering research, practice, or education, including, where appropriate, significant contributions to the engineering literature" and to "the pioneering of new and developing fields of technology, making major advancements in traditional fields of engineering, or developing/implementing innovative approaches to engineering education."

Delfyett, who holds 44 US patents, is cited by the Academy for “contributions to the development and commercialization of low-noise, high-power ultrafast semiconductor lasers.” He and the newly elected class will be formally inducted during the NAE's annual meeting on Oct. 3, 2021.

This is the third major honor bestowed on Delfyett in the past year. Last fall, he won the 2020 Arthur L. Schawlow Prize in Laser Science from the American Physical Society (APS). Regarded as the highest accolade in the field, the $10,000 prize recognizes outstanding contributions to basic research which uses lasers to advance the knowledge of the fundamental physical properties of materials and their interaction with light. Earlier, he received the 2020 IEEE Photonics Society’s William Streifer Scientific Achievement Award. It recognizes an exceptional single scientific contribution which has had a significant impact in the field of lasers and electro-optics in the past 10 years.

Delfyett is also a 2018 recipient of the Townsend Harris Medal, awarded for outstanding post-graduate achievement by the Alumni Association of The City College of New York. He followed in the footsteps of his undergraduate, doctorate and post-doctorate mentor Robert R. Alfano, Distinguished Professor of Science and Engineering at CCNY, as a Schawlow Prize winner.

Delfyett is Pegasus Professor and Trustee Chair Professor of Optics, EE & Physics in CREOL, The College of Optics and Photonics, at the University of Central Florida. He also serves as director of the Townes Laser Institute.

About the National Academy of Engineering
Founded in 1964, the U.S. National Academy of Engineering is a private, independent, nonprofit institution that provides engineering leadership in service to the nation. Its mission is to advance the well-being of the nation by promoting a vibrant engineering profession and by marshalling the expertise and insights of eminent engineers to provide independent advice to the federal government on matters involving engineering and technology.