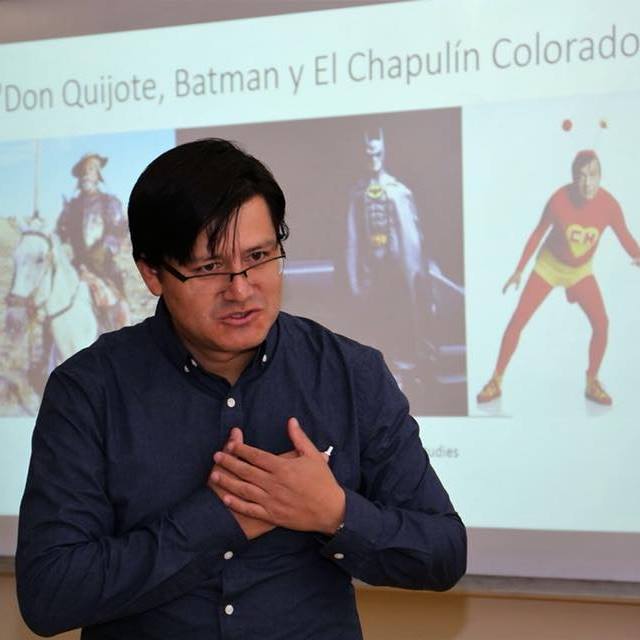 “Cardenal en mi ventana con una máscara en el pico / Cardinal in My Window with a Mask on its Beak,” a poetry manuscript by Carlos Aguasaco, professor of Latin American cultural studies at The City College of New York, is the winner of the Academy of American Poets’ Ambroggio Prize.

On his Twitter, @aguasaco_carlos, Aguasaco dedicated the award to the more than 45 million Spanish speakers in the U.S., “especially to all the migrant workers, dreamers, & refugees, many of whom attend #CUNY.”

Established in 2017, the Ambroggio Prize is the only annual award of its kind in the United States that honors American poets whose first language is Spanish. It recognizes an outstanding book-length poetry manuscript originally written in Spanish and with an English translation.

“Cardenal en mi ventana” was translated by Jennifer Rathbun, chair of the department of Modern Languages and Classics at Ball State University. The manuscript will be published by the University of Arizona Press, which is nationally recognized for its commitment to publishing the award-winning works of emerging and established voices in Latinx and Indigenous literature, as well as groundbreaking scholarship in Latinx and Indigenous studies.